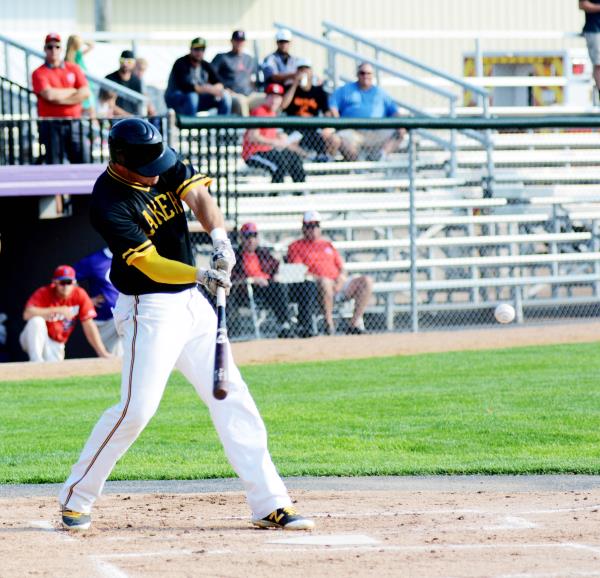 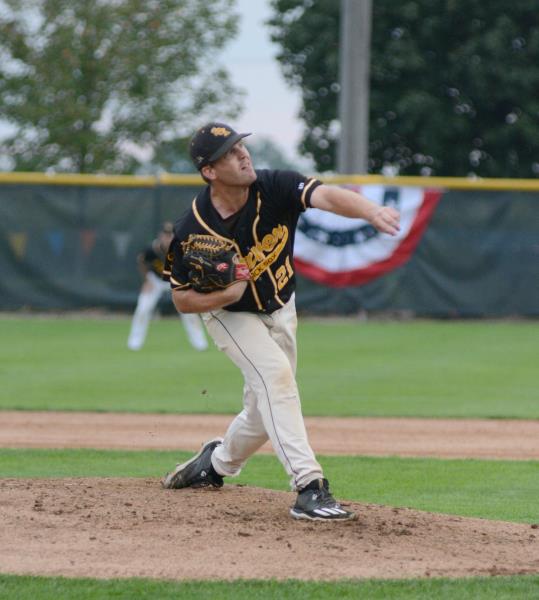 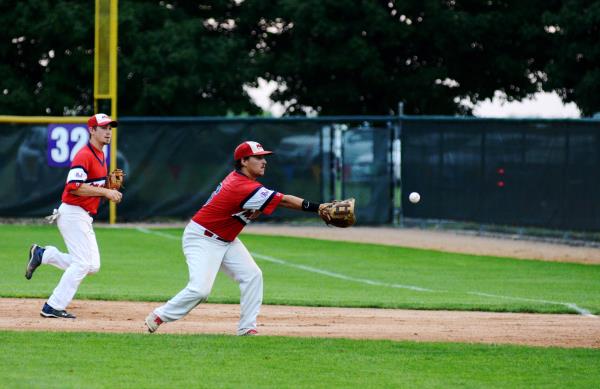 HAMBURG — The first two games of the Class C State Tournament in Hamburg featured a pair of shutouts.

The Maple Lake Lakers scratched out two early runs and held on for a 2-0 win over St. Joseph in Friday’s first game, while the nightcap featured an 11-0 win by the Carver Black Sox over the New York Mills Millers, in eight innings on run rules.

Sacrifice flies by Riley Decker and Donnie Mavencamp in the first two innings were all Maple Lake starting pitcher Mitch Wurm needed in an five-hit shutout of St. Joseph.

Wurm scattered five hits in his nine innings of work, walking one and striking out five. He sent down eight straight between the final out of the fourth inning and allowing a one-out infield single in the seventh.

The Joes threatened with two outs in the eighth, when Ethan Carlson doubled and Brandon Bloch walked, but Eric Vigil struck out to end the frame.

Maple Lake scored both its runs in the first two innings.

The Lakers’ Decker reached on a bunt single to open the bottom of the first and moved to third after Luke Fobbe’s bunt and Matt Bergstrom got hit by a pitch. Mavencamp hit a sacrifice fly to left to score the run, and the Lakers managed just one after loading the bases with no outs.

Brian Redemske singled and later scored on a sac fly by Decker in the second inning. Counting the final two outs of the second, the Lakers saw 12 men get out before their next baserunner, in the sixth inning.

Terry Hayden of the Nowthen Knights, one of the draftees for the Joes, pitched the complete game and took the loss, throwing eight innings and allowing two runs on four hits and a walk, striking out four.

What started as a close game became a rout late, as the Black Sox started their first state tournament since 1983 with a bang, beating the Millers 11-0 on run rules after eight innings. Anthony Gross was 2 for 4 with three RBI, while Andrew Weber and Sam Warner also had two-RBI days, to back up eight shutout innings by Mark Ulrich.

Up 2-0 as the seventh began, Carver’s Matt Mitchell hit a one-out single, then moved to second on a balk by draftee Jake Dykhoff of Bluffton. Kyle Dalton followed with an RBI single, then Ulrich singled and Weber walked to load the bases. Dykhoff was replaced by draftee Connor Johnson of Detroit Lakes on the mound, and Johnson got a strikeout for the second out of the inning before hitting a batter, walking another and allowing Gross to single to make it 7-0. The Millers’ Brandon Kupfer got the final out of the inning.

Carver came out hitting again in the eighth, with the first three Sox reaching to load the bases for Weber, who doubled down the right-field line to drive in two. A sacrifice fly and groundout added two more runs, and it was 11-0 heading to the bottom of the eighth.

Ulrich got a flyout, popout and a fly to right to end the game in the eighth, finishing the day with eight innings pitched, five hits, two walks and six strikeouts.

Carver scored two in the fourth inning in a two-out rally. A pair of strikeouts started the frame, before two men reached and Gross and Bailey Melz hit RBI singles.

New York Mills started the bottom of the sixth with a pair of singles. Mitchell was able to leap and snag a line drive at second by Kupfer for the first out, and Ulrich got a pop up to first and a grounder to short to end the threat.