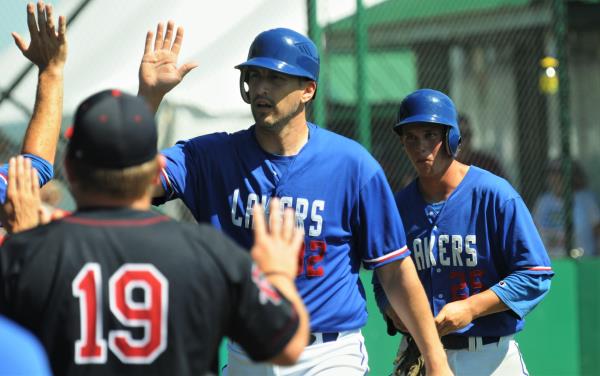 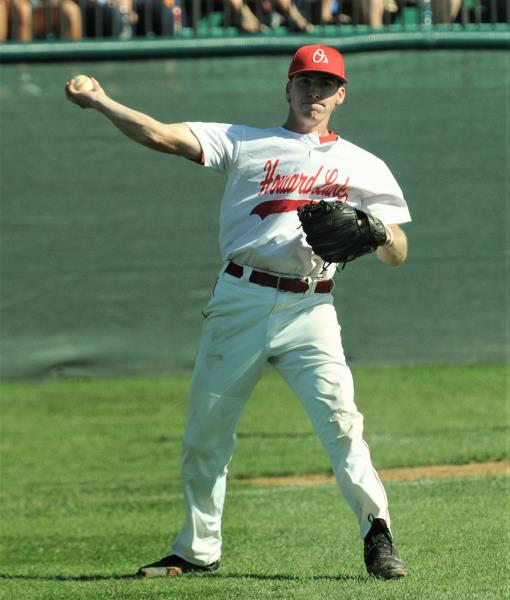 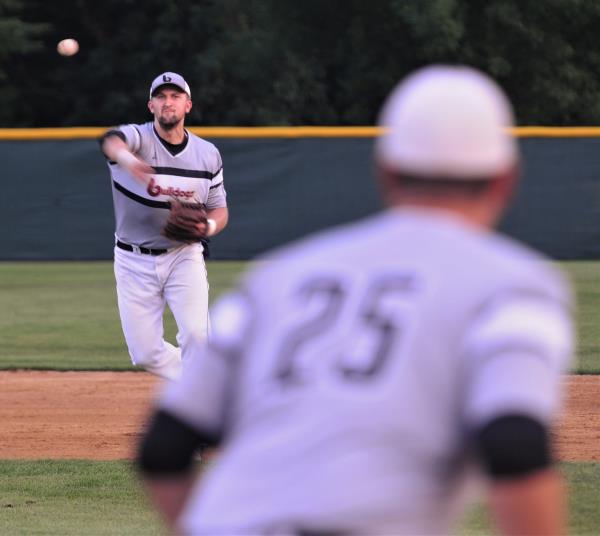 Class C roundup: Faribault on a mission in opening round win over Gibbon
Posted on Aug 20, 2017

Faribault’s been a mission to return to the state tournament this season and it showed Saturday in a 9-1 victory over Gibbon in Green Isle.

The Lakers, who missed last year’s tournament and got bounced in the first round the year before, took a 2-0 lead in the bottom of the first inning after Matt Lane drove in a run with a groundout and Christian VonRuden scored on an error.

That was plenty of run support for Lane, who looked locked in from the start. Lane retired the first 13 batters he faced and the Reds, making their first state tournament appearance since 1964, didn’t have their first baserunner until the fifth inning when Jon DeRock reached on an error. Lane went on to throw eight innings and allow one unearned run on four hits. He struck out three and walked one.

Lane didn’t face many jams but he got out of the two he did have. In the sixth inning Gibbon loaded the bases with one out but Lane struck out Gibbon’s No. 4 hitter Jason Berger and got DeRock to pop up to shallow left field to end the inning.

Lane rant into trouble again in the eighth inning but got out of it with limited damage. Kyle Maurer drew a lead-off walk to start the eighth and an error allowed Evan Davis, running for Maurer to reach third. Davis later scored on a double play, started by Lane. Faribault got out of the inning after a line out to first base.

Lane wasn’t done making an impact and delivered a two-run home run to right field in the bottom half of the eighth to make it a 9-1 game. He finished 1-for-4 with three RBI.

Dylan Valentyn lifted the Lakers to a 6-0 lead in the fifth inning with a two-run double and Blake Langerud added an RBI base hit later in the inning. Langerud finished 2-for-4 with two runs and Valentyn went 2-for-4 with a double.

Ryan Archambault went 2-for-4 with a run and Jack Helgeson went 2-for-3 with an RBI and a run for Faribault.

The Lakers added a run in the third inning to extend their early lead to 3-0 and got an unearned run in the fourth inning.

Faribault, which reached the semifinals of the 2014 state tournament, advances to meet Midway at 5 p.m. next Saturday in Green Isle.

A couple of errors in the first inning ended up being enough of an opportunity for Howard Lake in a 4-0 victory over St. Martin Saturday in Green Isle in the second game of the day.

The Martins committed two errors in the top of the first inning and the Orphans scored three runs. Howard Lake held that lead throughout and added a run in the top of the eight when Riley Gruenhagen drove in Max Streich on what proved to be an RBI fielder’s choice. St. Martin shortstop Kyle Lieser ranged into center field to make a catch behind second base but dropped the ball and made a throw to second to get an out.

Mike Dockendorf made sure it wasn’t a closer game with seven shutout innings. Dockendorf faced one over the minimum through four innings and allowed just two hits. The Martins didn’t get their first hit until the fifth inning and had a lead-off double in the sixth.

St. Martin had runners on first and second in the eighth and ninth innings but never found a clutch hit.

Streich led Howard Lake with a 1-for-3 performance and two runs. Jake Gruenhagen went 2-for-4 with a run and a double. Steve Boger drove in a run in the first inning. The Orphans finished with seven hits for the game.

Howard Lake will face Sartell next Sunday at 5 p.m. in Hamburg.

A couple of late rallies lifted Buffalo to a 15-1 eight-inning victory over Crookston Saturday in the day’s finale at Green Isle.

The Bulldogs broke open a 2-1 game in the seventh and eighth innings, putting up a combined 13 runs in those innings.

Jon Euerle got the win for the Bulldogs after holding the Reds to one unearned run on three hits. Euerle struck out six and walked one in eight innings.

Seth Desrosier, Tanner Reinhart and Bailey Schmitz each had hits for Crookston.

Sean Minder grinded through 6 ⅔ innings and allowed six runs on 11 hits. He gave way to Greg Salvevold, who allowed nine runs, one earned, on six hits in ⅔ of an inning. Drew Olsonawski closed the game out with ⅔ of an inning of work.

The Reds committed seven errors in the game, which led to eight unearned runs.

Buffalo advances to meet Fairmont next Friday at 5 p.m. in Hamburg.