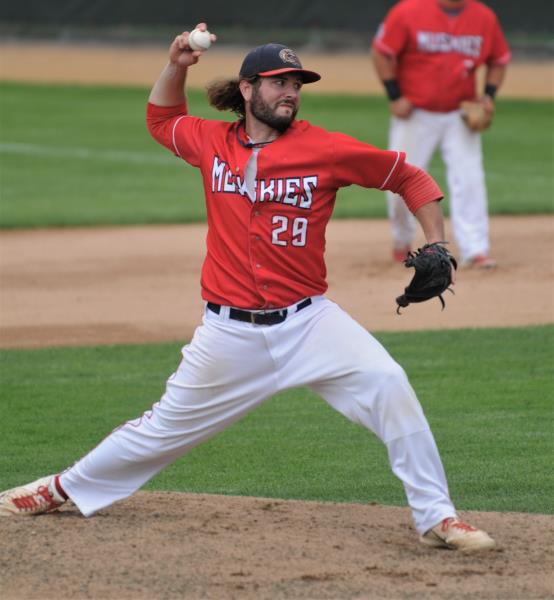 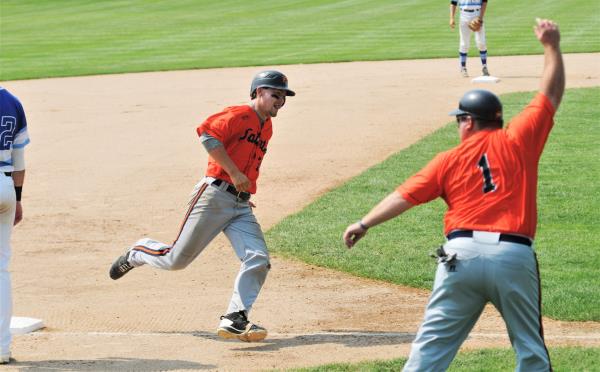 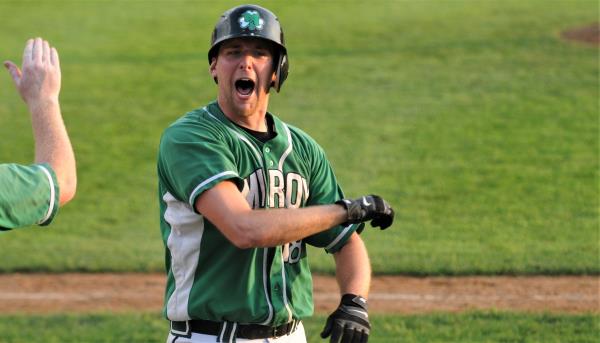 New Market’s Nate Rost was nearly unhittable Sunday in a 4-0 victory over Dumont in Hamburg.

Rost allowed just one hit and struck out 10 in a complete-game victory to send the Muskies on to the second weekend. Rost faced the minimum through six innings. Just three Saints hitters reached base against Rost, who was roasting through the Dumont lineup.

New Market took advantage of five Saints errors in the game, four of which came in the third inning. The Muskies grabbed a 3-0 lead in the third after David Stewart, Kyle Henkenmeyer and Scott Lyden scored. Lyden had an RBI in the inning and finished 2-for-4 with two runs and two RBI.

New Market wasn’t overpowering on offense, finishing with just four hits. But the Muskies proved opportunistic by drawing four walks, getting hit by a pitch and swiping two bases.

Eldon Evans, a draftee from Montevideo, started for Dumont and went five innings. He allowed four runs on three hits and struck out five.

James Paul had the lone hit for the Saints.

New Market will face Kimball next Sunday at 2:30 at Norwood.

Ethan Vogt’s grand slam home run in the fifth inning put an exclamation point on a solid all-around day from Elrosa in a 12-6 victory over Pelican Rapids in Hamburg.

Vogt finished 2-for-4 with four RBI and a run for the Saints (23-10) and delivered 6 ⅔ innings on the mound. Vogt fell off late in his start but threw five shutout innings.

Cory Eichers put Elrosa up 1-0 in the top of the first inning with an RBI double that scored Matt Schmitz. Eichers finished 3-for-5 with two RBI and a run while Schmitz went 3-for- with three runs.

The Saints scored six runs in the fifth, including an RBI single from Schmitz. The whole rally got set up in part to a perfectly placed bunt from Matt Middendorf with one out. Middendorf’s bunt gave Elrosa two runners on and led to base hits from Schmitz and Eichers.

The Saints weren’t done and tacked on four more runs in the sixth inning after Kevin Kuefler reached on an error to start the inning. Middendorf, who finished 2-for-5 with two runs, followed with an RBI double while Schmitz and Eichers followed with base hits. Austen Hadley added an RBI single and another error led to another run to put the Saints up 11-0.

The teams combined for 15 hits.

Elrosa will play 7:30 p.m. Friday at Norwood against Hampton.

Despite a slow start Milroy powered its way past upset specialists Henderson Sunday 11-1 in seven innings at Hamburg.

Tigers starter Matt Lewis threw four shutout innings before the Irish solved him during a six-rung fifth inning. Milroy went on to add three in the sixth and two in the seventh but it took some small ball to get it done.

The Irish started to flash some power in the sixth when Lucas Dolan hit a lead-off solo home run. Lanoue and Tyler Peterson added RBI with sacrifice flies. Lanoue went 1-for-2 with two RBI.

Cody Mather overcame a shaky start to turn in 6 ⅔ innings of solid pitching. He allowed one run on five hits, walked one and struck out six. He also hit three batters in the first two innings.

Henderson, which made its first state tournament appearance in 85 years after winning three consecutive extra inning games, took a 1-0 lead in the second inning after Lewis reached on a one-out single. James VanBuskirk and Cody Boelter each got hit by a pitch to load the bases and Clayton Meyer hit a sacrifice fly to score Lewis.

John Parker finished 2-for-3 for the Tigers while Lewis, Boelter and Philip Champagne each had hits.

Milroy moves on to face Union Hill next Saturday in Hamburg.