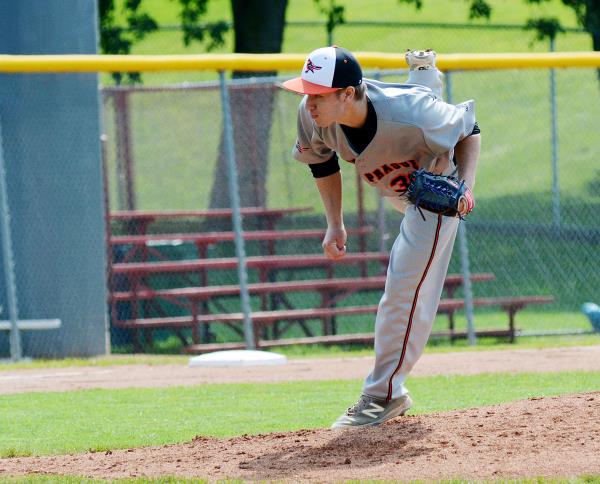 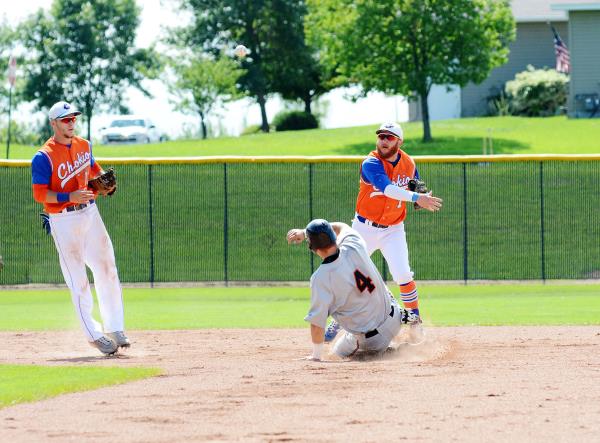 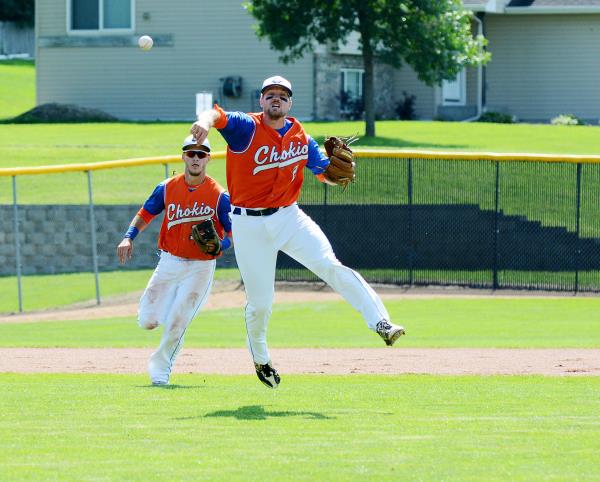 The round of 16 in the Class C state tournament was finalized Sunday, with Carver, Kimball and New Prague among the teams advancing, in games played in Norwood.

The New Prague Orioles defeated the Chokio Coyotes 1-0, the Kimball Express won a 5-3 game over the New Market Muskies and the Carver Black Sox continued their run with a 7-5, extra-inning win over the Dodge County Diamondbacks.

One first-inning run was all Nathan Sprouls needed to guide the Orioles to a 1-0 win over the Coyotes to start Sunday’s games.

Sprouls was dominant for New Prague, carrying a no-hitter into the fourth inning and flustering Chokio in eight innings of three-hit ball, where he struck out 12 and walked none, adding one more baserunner on a hit batter.

Draftee Trevor Smisek of Montgomery earned the save, pitching a 1-2-3 ninth and striking out one as the Orioles advanced to the next weekend of play.

First baseman James Fuerniss had the lone RBI of the game, driving in Austin Bachman in the top of the first. Fuerniss went 2 for 4 and was hit by a pitch, as New Prague held on despite collecting just four hits.

Draftee Colton Vein of Montevideo went nine innings for Chokio, allowing the one run on four hits and three walks, striking out six.

New Prague advances and plays Sobieski at 7:30 p.m. Saturday in Green Isle. Three of the four teams from Region 3C are still alive in the tournament — New Prague, Faribault and Union Hill.

The offense wasn’t there for the Muskies until late in the game as the Express held off a late charge to win 5-3.

New Market scored all three of its runs in the top of the ninth against Zach Dingmann, who finished the game for Kimball and picked up the save. New Market’s Andy Henkemeyer hit a two-run homer in the ninth and Nick Rost added an RBI on a sacrifice fly.

Kimball scored one in the fourth and three in the sixth, adding another in the eighth inning and finishing with seven hits.

Starting pitcher Ben Johnson pitched 7 1/3 innings of two-hit ball for Kimball, walking five and striking out seven in the win.

It took an extra inning, but the run continued for the Black Sox in their return to state with a 7-5 win over the Diamondbacks in 10 innings.

Kyle Dalton drove in Anthony Gross in the top of the 10th for the go-ahead run and Stuart Maes added an RBI single for a 7-5 lead. Maes finished out the win, getting a double play to end the game — he went three shutout innings, allowing two hits and a walk, striking out two.

It took a rally in the ninth for Carver to force extras and avoid wasting a big first innings. An error tied the game 5-5 in the ninth.

Carver led 4-0 after the top of the first, but Dodge County scored two in the bottom of the frame. The Diamondbacks added another in the sixth and two in the seventh to take a 5-4 lead.

Dodge County got a 3 for 4 day from Brendan Knoll, who had a home run and a walk in the game to go with two RBI. AJ Yusten also had a pair of hits and two RBI.

Mark Ulrich started on the mound for Carver, allowing five runs, four earned, on nine hits and a walk, striking out four.