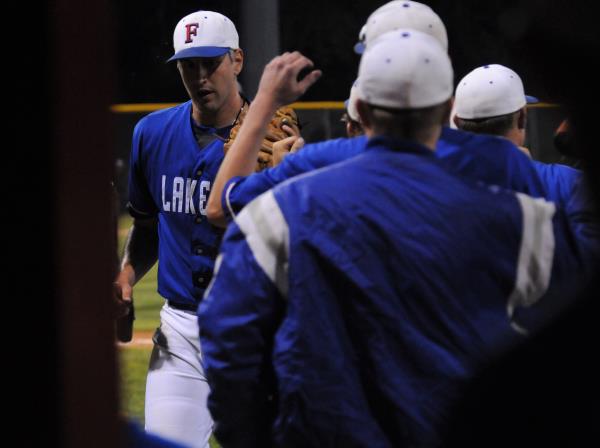 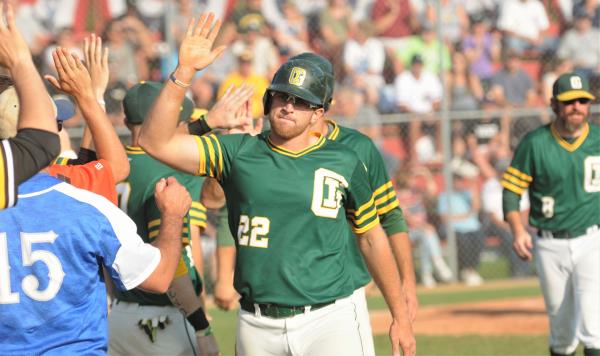 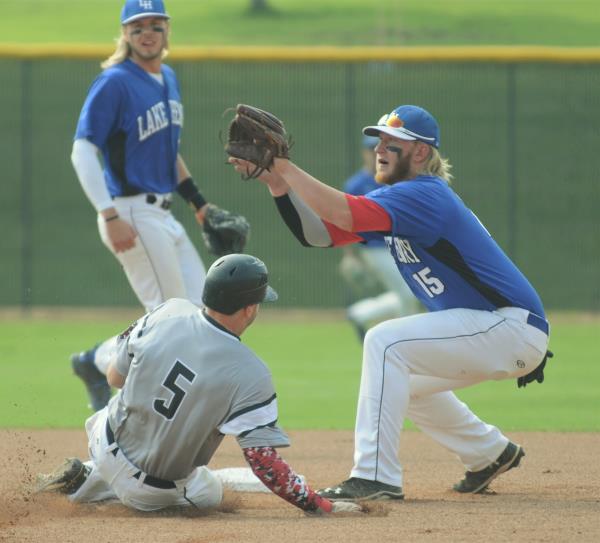 The only run the Rockets got came in the third when Tyler Steen hit an RBI single to score Cal Kosminskas, who reached on a one-out single.

Lane jumpstarted the Lakers at the plate with an RBI single in the bottom of the first to score Christian VonRuden, who got hit by a pitch and stole second base.

Ryan Archambault gave Faribault a 2-1 lead in the fourth when he scored on Porter Sartor’s single.

The Lakers added another run in the sixth after Jack Helgeson led off with a single. Two walks loaded the bases and chased Raymond starter Alex Lothammer from the game. Cole Christianson came on in relief, induced a force out at home and struck out two batters to get out of the inning.

Lothammer allowed three runs on five hits, struck out nine and walked one in the loss.

Faribault moves on to face Lake Henry in the round of eight Sunday at 1:30 p.m. in Hamburg.

Lake Henry didn’t do anything big Saturday to beat Buffalo 3-2 in Norwood to advance to the next round of the Class C state tournament.

The Lakers will advance after taking advantage of a couple bloop hits, three Bulldogs errors and a double that could’ve been a long out.

Lake Henry broke a 2-2 tie in the top of the ninth inning when Shane Kampsen hit a leadoff single and reached third after a bunt and a groundout. An error at third allowed him to score to put the Lakers up 3-2 and on to face the winner of Faribault-Raymond Sunday at 1:30 p.m. in Hamburg. All three runs came with two outs for Lake Henry and were all unearned.

Buffalo committed three errors in the game and fell victim to an error in the fifth inning when the Lakers scored twice to take a 2-1 lead.

An error, a single and a dropped fly ball to center field in the fifth inning allowed two runs to score and give Lake Henry a 2-1 lead. Grant Ludwig’s drive to center field went for a double after Buffalo center fielder Wyatt Brings couldn’t come up with the catch after diving for it in the gap. Brings appeared to make the catch but during the dive it popped out of his glove. The rally came with two outs in the inning.

The Lakers put a runner on with a two-out error in the fifth and Aaron Savelkoul’s bloop hit behind the pitcher’s mound started the threat.

Buffalo found a two-out rally of its own in the bottom of the seventh inning after Brings drew a walk and Senger reached on a walk. Jason Duske delivered a single to score Brings and tie the game 2-2. Duske reached base three times.

Buffalo took a 1-0 lead in the bottom of the first inning after Jason Senger reached on a lead-off single and scored a groundout from JD O’Donnell after he reached third on a stolen base and passed ball.

Adam Miller went 2-for-4 for the Lakers while Kamspsen, Josh Kampsen and Savelkoul went 1-for-5. Ryan Wuertz and Matt Quade also had base hits for Lake Henry, which finished with nine for the game.

Brad Mergen, of Farming, started for the Lakers and went six innings. He allowed one run on six hits, walked two and struck out three.

Jon Euerle went six innings as well for the Bulldogs and allowed two runs, one earned, on seven hits. He walked two and struck out one.

Kimball’s Jordan Joseph hit a mammoth blast in the fifth inning as part of a four-run inning that gave the Express the lead en route to a 7-3 victory Saturday over Fergus Falls at Norwood.

Joseph, who finished his junior season at St. Cloud State where he hit .284 and led the team with 48 RBI, hit a three-run shot to left field that put the exclamation point on the fifth inning

Joseph finished 2-for-4 with a double as well and sent Kimball through to meet the winner of St. Peter and Green Isle Sunday at 11 a.m. in Hamburg in the Elite Eight.

The Hurricanes responded immediately with three runs in the bottom of the fifth when Eric Hiedeman singled in a run and Dan Revering brought in two with a single to make it 4-3. Fergus Falls had a chance for more but lined into a bases-loaded double play with no outs.

Adam Beyer added a three-run shot of his own in the top of the ninth inning for the Express to extend the lead to 7-3. Beyer finished 2-for-5 with a double.

Austin Klaverkamp, a draftee from Luxemburg, started for the Express and went six innings for the win. Klaverkamp allowed three runs on five hits, walked two and struck out two.

Darin Stanislawski started for Fergus Falls and threw eight innings, he gave up four runs on five hits, walked three and struck out 10. He also finished 2-for-3 at the plate to lead the Hurricanes.

Four of the six runs the Irish scored were unearned and it kept them in front for most of the game. Green Isle grabbed a 2-0 lead in the bottom of the second inning when Josh Kraby doubled to score Brian Scherschligt and Twenge.

The Saints answered in the top of the third inning with two runs. Ty Kaus singled with one out and Jovan Rodriguez reached on a fielder’s choice on a play where the Irish didn’t record an out. An error in left field allowed both to score and tie the game.

Green Isle regained the lead in the bottom half of the inning after Mac Zachow doubled and Scherschligt got hit by a pitch. An error in right field scored Zachow and a sacrifice fly scored Scherschligt.

St. Peter cut the deficit to a run when Steven Nessler hit a sacrifice fly to score Billy Hanson, who drew a lead-off walk to start the inning.

The Irish extended the lead in the fifth after Fietek hit his second sacrifice fly scored Scherschligt to make it 5-3.

Twenge’s solo shot to the opposite field in left made it a 6-3 game.

The Irish committed six errors in the game but the Saints only got two runs from the errors. St. Peter stranded 10 runners, five of those were left in scoring position.

Saints starter Jesse Anderson went five innings and gave up five runs, one earned, on seven hits. He walked none and struck out three.

Cody Hallahan threw a complete game for Green Isle and allowed three runs on six hits. He finished with three strikeouts and one walk.

Zachow hit a double in the eight with the bases loaded to tack on three more runs. Another St. Peter error, its fourth of the game, allowed a runner from first to score. Zachow finished 2-for-5 with two runs and Twenge went 2-for-4 with two runs. Green Isle finished with 11 hits.

The Irish will face Kimball Sunday at 11 a.m. in Hamburg.