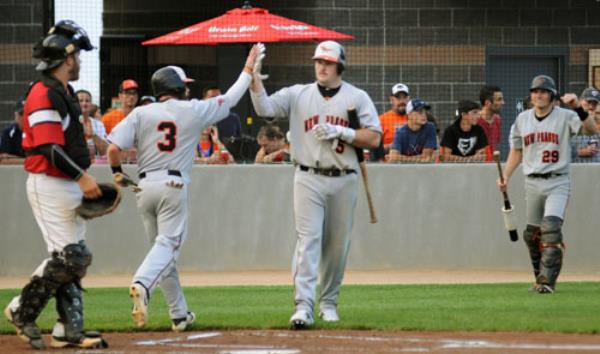 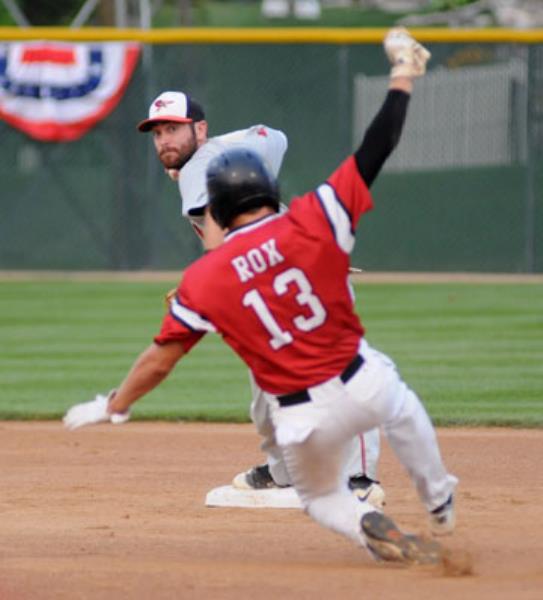 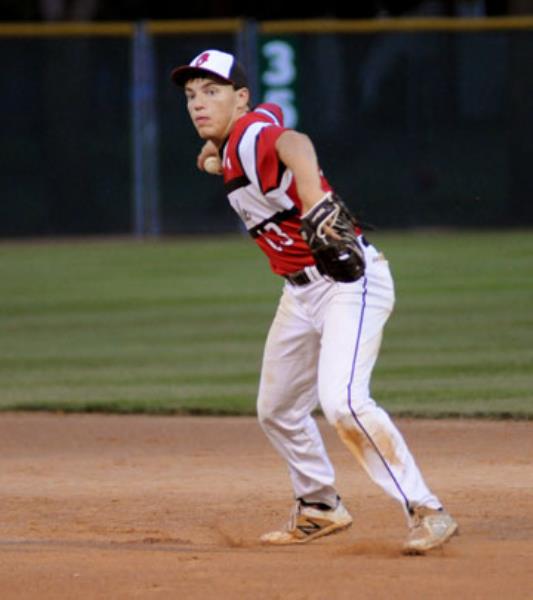 There’s no place like home even if you have to play the game from the third-base dugout.

The New Prague Orioles, co-host of the 2018 Minnesota Baseball Association, had no trouble adjusting to the new environs as they defeated Ortonville 7-3 in the opening game of the tournament at New Prague’s Memorial Park Baseball Stadium in front of a crowd of 646.

The game went back and forth early with the Orioles jumping out to a 2-0 lead in the first inning behind RBI base hits from James Fuerniss and Zack Dubanoski. Fuerniss later hit a soaring home run to center field in the fifth inning. He finished 3-for-5 with three RBI. Dubanoski went 2-for-3 with an RBI and a run. Dubanoski’s run made it 6-2 in the fifth.

New Prague finished with 11 hits and Zack Clark drove in an important run in the fourth inning to extend New Prague’s slim lead to 4-2.

The Rox, the second seed from Region 9C, came back in the bottom of the second inning to tie the game after a pair of errors allowed Chris Fellows and Joe Fuller to reach. They later scored after New Prague starter Nathan Sprouls walked three batters.

Sprouls battled through four innings. He left the bases loaded in the second after getting a pair of flyouts to center field. Sprouls also danced out of a base-loaded jam in the third inning after getting a flyout to center to end the inning.

The Orioles kept giving Sprouls run support though and Clark pushed across Dan Shetka in the fourth with a base hit.

New Prague added a run in the top of the ninth after Fuerniss collected his third hit of the game and Zach Sirek, running for Fuerniss, scored on a throwing error

The Rox managed just five hits but stranded nine runners, including the leaving the bases loaded three times, twice with only one out.

Daniel Feneis, a left-handed draftee from Union Hill, wreaked havoc on Ortonville hitters when he came on in the fifth. He struck out 10 hitters in five innings, allowed just three hits and one walk.

Fellows threw five-plus innings and allowed six earned runs on seven hits, walked three and struck out two in the loss for Ortonville.

New Prague, which emerged from Region 3C as the No. 3 seed, advances to play Hanska next Sunday at 1:30 p.m. at, where else, New Prague.

Region 7C runner-up Young America took care of business with a 5-2 win in the opening game at Joe Schleper Stadium in Shakopee behind a solid night at the plate from Matt Mann.

Mann went 3-for-4 with a solo home run and two runs for the Cardinals, who cranked out eight hits off Lumberjacks’ starter Hunter Hammes. Young America finished with 10 hits for the game.

The Cardinals chased Hammes after five innings. The Cardinals got eight hits, four runs, two of which were earned. Hammes did struck out five in his start.

Roch Whittaker also had a multi-hit game after he went 2-for-4 with an RBI.

Foley’s Mitch Keeler finished 2-for-5 while the team had eight hits.

The Lumberjacks tried to climb back into it with a run in the fifth to make it 4-1 but they never got closer though they added a run in the eighth.

Josh Lenz threw seven innings for the Cardinals and allowed one unearned run on seven hits. He walked one and struck out five to get the win.

Mann’s home run in the seventh pushed the lead to 5-1 and the Cardinals marched on to a meeting with Jordan next Saturday at 7:30 p.m. in New Prague.