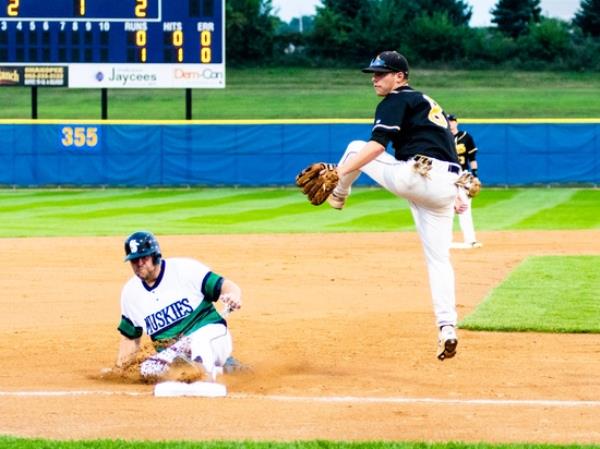 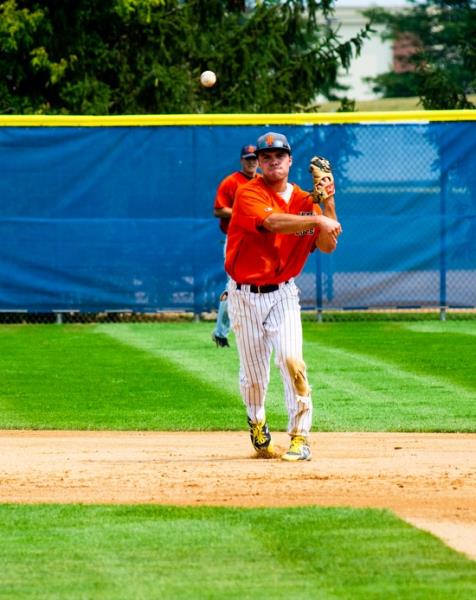 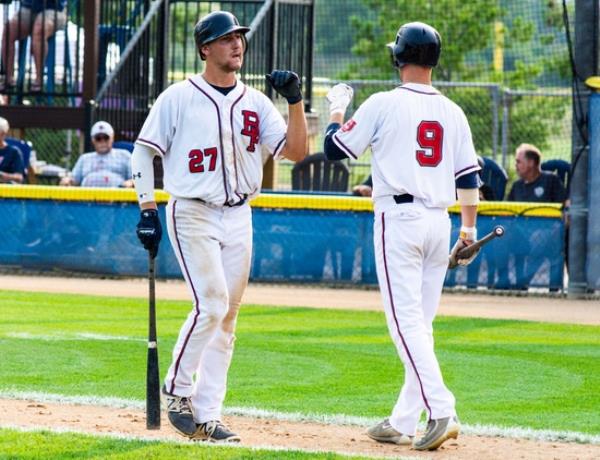 The Serpents weren’t overpowering at the plate in their state tournament debut, but the pitching and defense was enough to propel them to a win.

Lake City loaded the bases with one out in the second against Delano starter Jordan Schramel, who then hit Ben Edelbach with a pitch and walked John Brown to push across two runs. Jordan Flick, a draftee from Dassel-Cokato came on in relief of Schramel and got out of the jam.

Lake City managed just one more baserunner the rest of the game. It didn’t matter, because Wolfe was largely dominant. The right-hander put runners on second and third in the top of the ninth, but got a flyout and called third strike to end the game. Wolfe allowed just four hits and walked three in his nine scoreless innings, notching five strikeouts.

The Serpents advance to face the Milroy Yankees at 1:30 p.m. Sunday, Aug. 26 at Joe Schleper Stadium in Shakopee.

A pair of draftee pitchers dueled each other in relief, and it took a couple of mistakes in the field to break a long stalemate.

The Jackson Bulls took down the 2017 Class C runners-up Lake Henry Lakers 3-2 Saturday at Joe Schleper Stadium, going up in the bottom of the eighth on an error. Neither starting pitcher lasted four innings, and most of the game saw draftees Kyle Zierden and Tyler Tennyson matching each other with scoreless frames.

Darrius Johnson reached on an error to lead off the bottom of the eighth for Jackson, and he was bunted to second. Easton Bahr hit a ground ball to short that was kicked for another error, allowing Johnson to score the go-ahead run. Tennyson, a draftee from Fairmont, faced four batters in the ninth to finish the win for Jackson.

Tennyson went 5 1/3 shutout innings for the Bulls, allowing just one hit and a walk, striking out four in relief of starter Ryan Rasche, who gave up two runs on six hits and two walks, with two strikeouts in 3 2/3 innings.

Lake Henry scored two runs in the top of the first, getting RBI singles from Aaron Savelkoul and Josh Kampsen. The Lakers threatened again in the second and fourth, but managed just a hit and a walk over the final five frames.

Zierden, a draftee from Farming, came on in relief of Weston Brinkman in the third inning. He allowed one unearned run on four hits and a walk in 4 2/3 innings, striking out two.

Jackson got one run in the bottom of the first on a ground ball misplayed for an error. The Bulls tied it 2-2 in the third when Blaise Jacobsen was hit by a pitch with the bases loaded.

Jackson moves on to face the Sobieski Skis at 11 a.m. Sunday, Aug. 26 in Shakopee.

One lopsided inning was all it took for the Tigers to take control of their matchup with the Reds.

The Belle Plaine Tigers put together a six-run fourth inning in their 12-2 win over the Crookston Reds Saturday at Joe Schleper Stadium. The Tigers had an eight-run lead after five innings.

Brody Curtiss walked to lead off the fourth for Belle Plaine, and the Tigers followed by stringing together eight straight hits. Belle Plaine might have put together a bigger inning, but ran into two outs on the base paths in the frame.

The Reds scored two runs in the sixth, with Noah Zimmerman and Taylor Kenfield starting the inning with hits, then scoring on an RBI groundout and a fielder’s choice to pull within 8-2.

Belle Plaine outhit Crookston 19-7 and scored in four different innings, including a three-run ninth. Pat Schultz was 3 for 4 with three RBI, Derek Dahlke was 3 for 5 with a solo home run, three RBI and two runs scored, and Aiden Ladd added three RBI for the Tigers.

The Tigers move on to play reigning champion Kimball at 7:30 p.m. Sunday, Aug. 26 in New Prague.

For seven innings, the Muskies’ David Deminsky was near unstoppable. And in those seven innings, his teammates chipped away at the plate and made an early lead seem insurmountable for the Black Sox.

A pair of first-inning runs alone would have held up for Sartell. Tim Burns had an RBI single off Carver’s Mark Ulrich, and a throwing error would allow another run to score to put the Muskies up 2-0 after one.

Deminsky allowed a run in the eighth on a sacrifice fly by Carver’s David Dolan. Deminsky allowed the one run on seven hits and one hit batsmen, walking none and striking out 10. Adam Wenker came on in relief for the ninth, and loaded the bases with two outs but escaped the jam to finish the win.

Burns also hit a solo home run in the eighth, while John Schumer drove in a run in the fourth with a single and Brian Schellinger had a fifth-inning RBI.