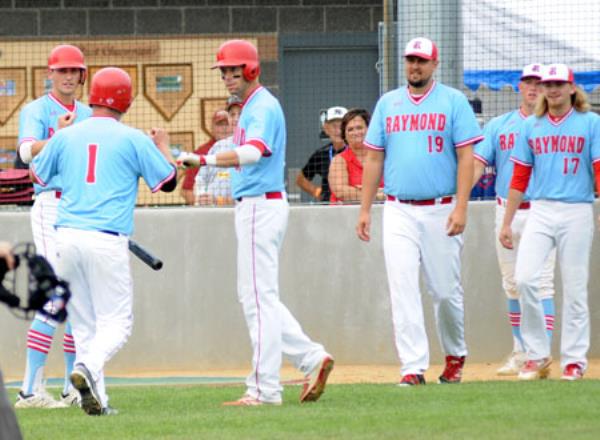 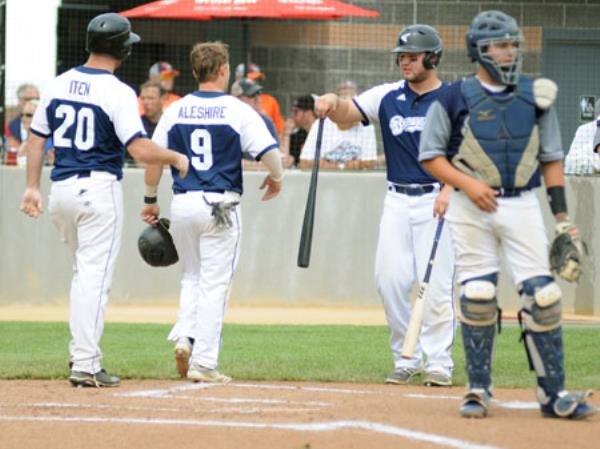 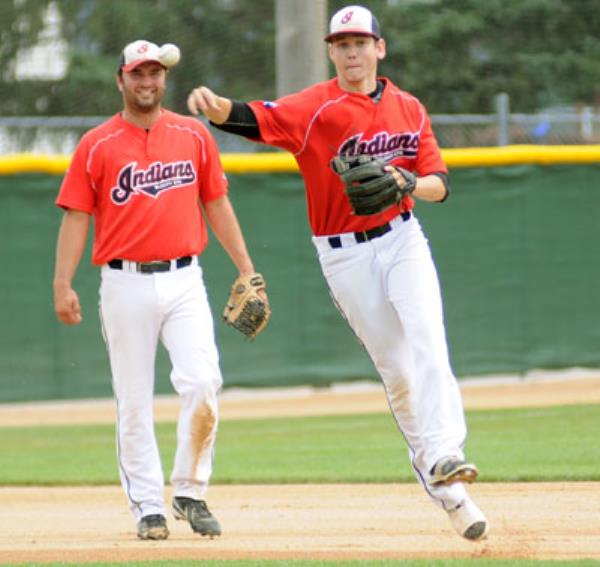 Raymond, the 2016, Class C state champion, didn’t have much to worry about Sunday in the day’s finale at Memorial Park Baseball Stadium with Alex Lotthammer on the mound.

Lotthammer cruised through seven innings, allowing just one hit. He struck out five and walked five to pick up the win and send the Rockets through to a meeting with Richmond Saturday at 5 p.m. in New Prague.

John Sawatzky’s double put Raymond up 1-0 in the second inning when Zach Nelson reached on an and moved to second on a sacrifice bunt.

The Rockets picked up a pair of runs in the third inning after starting with back-to-back hits from Mike Teseritz and Tyler Steen. Steen’s double scored Teseritz and Steen later scored on a sacrifice fly from Cal Kosminskas to make it 3-0.

Princeton’s David Rademacher started on the mound and kept the Panthers close with his complete-game effort. Rademacher gave up just three runs, two earned, on six hits, walked one and struck out six. He just didn’t get much help offensively. Princeton finished with just three hits.

Cole Christianson threw two innings of relief for Raymond and allowed two hits, struck one and walked none to get the save.

Luxemburg jumped out to an early lead and Reed Pfannenstein settled in on the mound to lead the Brewers to a 7-3 victory over Bluffton Sunday at New Prague Memorial Park Baseball Stadium.

Luxemburg took 3-0 lead in the top of the first inning behind a two-run double from Logan Aleshire that scored Chase Aleshire and Sam Iten.

The Brewers kept adding to their lead in the fifth with a pair of runs. Logan Aleshire had a sacrifice fly to score Ethyn Fruth and Austin Klaverkamp added an RBI base hit.

Fruth scored again in the sixth on an RBI base hit from Sam Iten, who went 2-for-4 with a run, to make it 6-2.

Luxemburg got another run in the seventh after Isaac Matchinsky hit a one-out single. Pfannenstein and Luke Harren had back-to-back singles to score Matchinsky and go up 7-2.

Bluffton got on the board in the second inning after Justin Dykhoff hit an RBI single to score Sam Teller. It came after a double play wiped out a bases-loaded situation. Justin Dykhoff drove in all three runs and finished 3-for-4. He added an RBI in the eighth to draw the game to 7-3.

Dykhoff added another RBI in the fourth when his double scored Skylar Mursu, who hit a lead-off triple.

Jake Dykhoff started for the Braves and went 6 1/3 innings. He gave seven runs on 11 hits, struck out five and walked four.

Luxemburg lead-off hitter Chase Aleshire paced the offense with a 4-for-5 performance and two runs. The Brewers finished with 13 hits

Luxemburg moves on to face Plato Sunday at 7:30 p.m. in Shakopee.

Give a team ample opportunities and it’ll typically capitalize on them, just ask Sleepy Eye.

The Indians took advantage of three errors, a hit-by-pitch, two wild pitches, not to mention the things they did on their own, like pulling off a double steal. It all added up to a 9-4 win over Elrosa Sunday at Memorial Park Baseball Stadium in New Prague to send the Indians through to the next round. Sleepy Eye will face Fergus Falls next Saturday at 1:30 p.m. in New Prague

An eight-run fifth inning saw 12 Indians bat and they grabbed a 9-4 lead, rallying from a 4-1 hole.

In the fifth after an error allowed Sleepy Eye’s Carter Brinkman to reach with one out, it gave Sleepy Eye runners on first and second. Jared Stark came on to pinch hit and drew a four-pitch walk to load the bases. Lead-off hitter Andrew Woitas hit a single to drive in two runs to make it 4-3. Matt Berkner’s ground ball tied the game as Beltz came in to score. Sleepy Eye grabbed a 5-4 lead on a wild pitch that allowed Woitas to sprint in from third. Matt Mielke added his second hit of the inning, a double to drive in a run. Mielke finished 2-for-4 with an RBI. Brinkman scored twice after reaching twice on errors.

Jevan Richert, a draftee from Leavenworth, started for the Indians but he lasted just 2 ⅔ innings after giving up four runs on seven hits. Sean Mathiowetz came on in relief and proved effective. Elrosa managed just five hits off him in 6 ⅔ innings of shutout ball. He finished with five strikeouts and one walk.