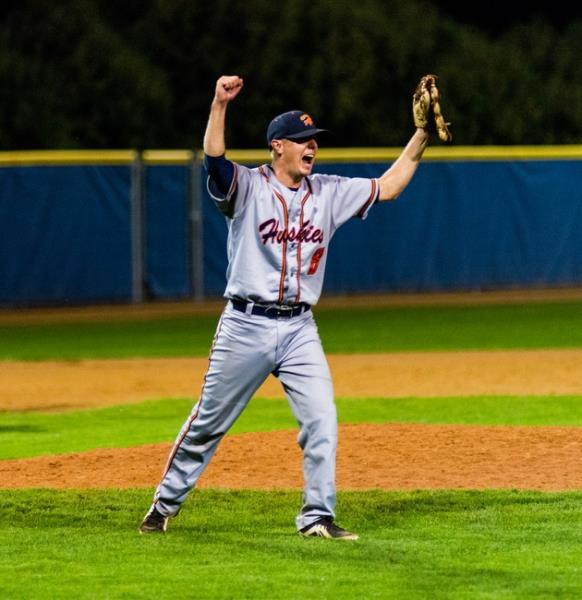 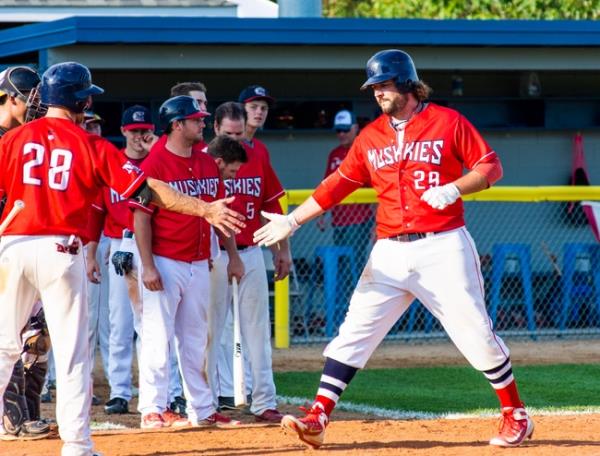 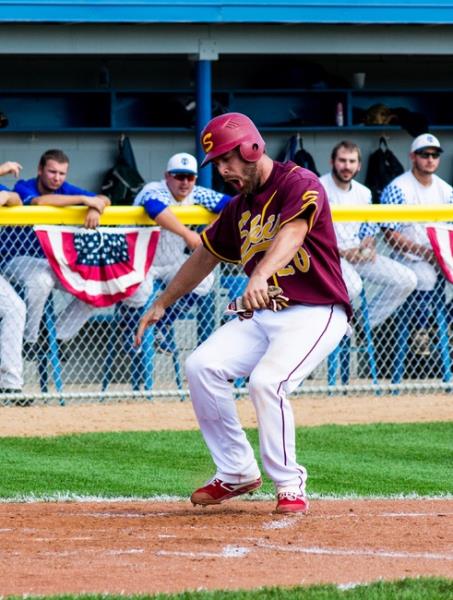 Matt Timm said he’d never come close to what he did Saturday night.

In fact, it seems his accomplishment has never happened in the Minnesota amateur state baseball tournament. But it was the perfect time to be, well, perfect.

Timm, a right-hander for Hutchinson, pitched a perfect game in a 6-0 win over Sleepy Eye in the Class C state tournament at Joe Schleper Stadium. It was the first perfect game on record at state and 23rd no-hitter.

“I was cruising. I’m kind of a pitcher who gives up quite a bit of hits,” Tim said. “I got a couple two-hitters, but nothing even close to this, it was just crazy. Honestly, that defense tonight was unbelievable.”

Timm got plenty of help on both sides. The Huskies scored in the first inning and in four different innings total. His defense was huge too, especially in the ninth.

The ninth started with the second baseman dove to his left to snag a hard grounder, recover and throw to first for the first out. Timm fielded a comebacker for the second. The third batter of the inning, Sean Salfer, hit a ball just foul before putting one in play to third for the final out.

“I was great tonight, but they were even better,” Timm said of his defense. “It was incredible.”

Hutchinson put together a three-run sixth, getting a two-run triple from Matthew Piechowski and an RBI single from Jayden Jurgensen.

The Huskies scored in the first on an RBI double from Jake Wendland. They added one in the third on a balk and another in the fourth on a double from Piechowski to score Cody Arlt.

“It’s good to get a couple in the first couple innings, get the pressure off,” Timm said. “It’s the state tournament, everyone’s feeling extra pressure. Being the away team and getting a couple runs on the board early, just kind of got me in the groove.”

Of the 27 outs Timm got, 11 came on the ground, 11 through the air and five via strikeout. Timm said he usually throws more sliders and changeups, but estimated he went 90 percent with fastballs Saturday.

Sean Mathiowetz started and took the loss for Sleepy Eye, giving up three runs on five hits and five walks in four innings.

It was the first no-hitter at state since 2015, where Keith Meyers of Cannon Falls beat Luverne 4-0 in Cold Spring. Meyers hit one batter and struck out 12 in that game.

Hutchinson moves on to face the winner of Plato and Faribault at 11 a.m. Sunday in Shakopee.

It’s Timm’s 11th year playing town ball, on top of all the years with the game growing up. And pitching a perfect game to get his team to the state quarterfinals makes it a top-tier baseball memory.

Whether it was on a bunt or a blast, the Muskies found more than a handful of ways to score in their win over the Lakers.

New Market put together a five-run fourth inning as part of a 9-0 win over Maple Lake in the Class C state tournament Saturday at Joe Schleper Stadium in Shakopee. New Market’s Nate Rost pitched a shutout and homered as the Muskies advanced to the quarterfinals.

The Muskies pounced on mistakes by the Lakers in the top of the fourth, up 2-0. With runners on second and third and one out, Danny Phyle put down a bunt and New Market scored for the second time in the game on a squeeze play. An error on a ground ball scored another run and Andy Henkemeyer followed with an RBI double. Rost then hit a two-run homer to make it 7-0.

Rost was largely dominant on the mound for New Market, especially in the middle innings.  The right-hander sent down 12 of 13 batters faced over a stretch from the fourth through seventh innings, including nine straight at one point. Rost allowed nine hits in his nine innings of work, striking out nine.

New Market got two in the third inning, on a squeeze play and an infield RBI single by Tyler Bergstrom. The Muskies added one in the seventh on a Henkemeyer RBI double and another in the ninth when Rost finished a 4-for-4 day with a run-scoring single — he also had three RBI and a walk in the game.

Maple Lake put two on to start the bottom of the eighth, but a runner was picked off for the first out and Luke Fobbe grounded into an inning-ending double play.

New Market advances to play the winner of Raymond and Young America at 1:30 p.m. Sunday in Shakopee.

Little mistakes can at the wrong time can make a big difference in baseball, and the Billygoats took advantage.

Buckman scored four in the fourth inning of an 11-1 seven-inning, run-rules win over Lake City thanks to some wild pitches, and advanced in the Class C state tournament Saturday at Joe Schleper Stadium. Jack Suska’s bases-clearing triple in the seventh put the Billygoats up 10 and ended the game early.

Leading 1-0 as the bottom of the fourth began, a single, walk and sacrifice bunt put two in scoring position for Buckman with one out. An error loaded the bases, and during Travis Kahl’s at-bat, Lake City pitcher Ryan Wolfe threw two wild pitches that scored runs for the Billygoats. Kahl struck out, but Matt Tauges hit an RBI single to make it 4-0. Two batters later, another wild pitch allowed Tauges to score for a 5-0 Buckman lead.

Lake City got a run in the sixth on an RBI single from Jacob Fletcher. The Serpents loaded the bases in the second and had runners on in the third through fifth innings but didn’t convert. Lake City scored one run on nine hits.

The Billygoats put together another big inning in the seventh, with two players hitting triples. The first three batters singled. A passed ball scored another run and Noah Boser hit an RBI triple to make it 8-1. Buckman reloaded the bases with a walk and hit batsman before Suska hit a deep fly over the head of the center fielder to end the game.

Buckman finished the game with 11 hits.

Buckman’s first run came when Tauges took home on a double steal with Lane Girtz in the bottom of the first. The Billygoats led 1-0.

Jeremy Monson pitched all seven for the win, allowing one run on nine hits

Wolfe went four innings, allowing five runs on six hits before being replaced by Kyle Sursley, who allowed five runs in 2 1/3 innings. Jacob Duden faced two batters, hitting one and giving up the triple to Suska.

Buckman moves on to play Kimball at 11 a.m. Sunday in New Prague.

A big third inning helped Sobieski move past New London-Spicer and onto the quarterfinals of the Class C state tournament.

The Skis scored four in the third on their way to a 5-2 win over New London-Spicer at Joe Schleper Stadium in Shakopee. Jack Hegarty pitched a complete game for Sobieski.

The Skis broke out in the third inning. Riley Hirsch hit a one-out single and came home on Beau Hanowski’s double. Scott Litchy added an RBI double for another run, and Collin Eckman hit a fielder’s choice that saw the shortstop try to throw for the out at third, but the play was botched and another run scored on the error. A walk ended Twins starter Adam Nibaur’s day, and Starbuck draftee Austin Versteeg allowed one more run on a wild pitch before the Twins got out of the inning down 4-1.

Meanwhile, Hegarty settled down in the middle innings and retired a stretch of 12 straight Twins. He allowed a pair of one-out hits in the ninth to bring the tying run to the plate for New London-Spicer, but Hagerty got a ground-ball double play to end the game. He allowed two runs, both earned, on nine hits and no walks, striking out seven.

New London-Spicer took the lead in the second, on an infield single by Wyatt White, who stole second and came home on Austin Rambow’s single to right. The Twins added a run in the fourth when Austen Hadley hit a solo home run to left.