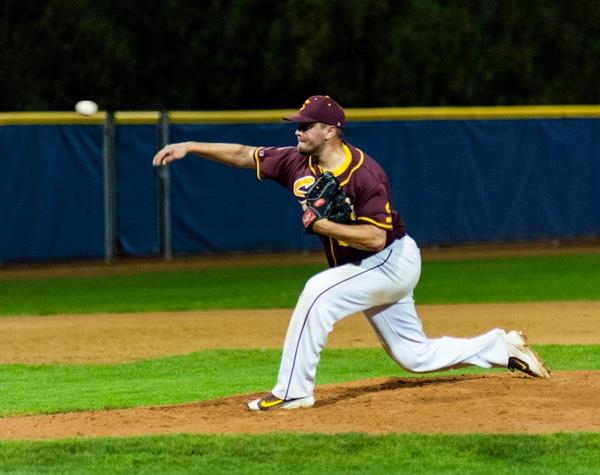 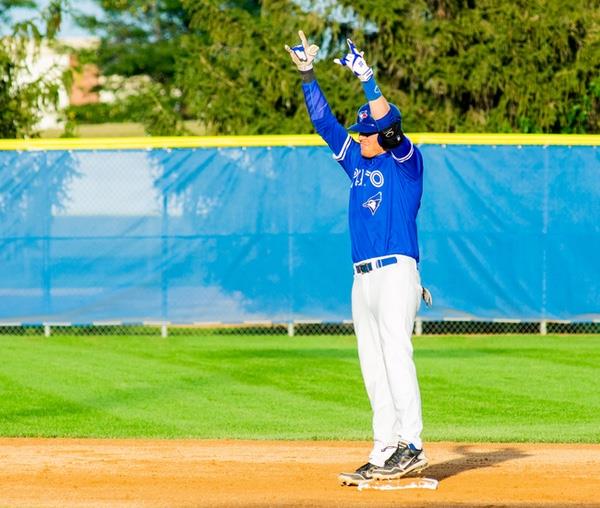 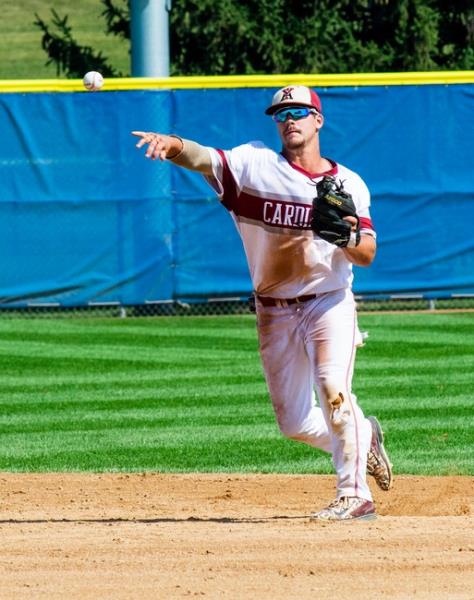 Sobieski’s Tyler Jendro knows a thing or two about winning at the Class C state tournament. Sunday, he took the mound twice and emerged victorious both times.

That puts the Skis in a familiar place — the Class C title game.

Jendro’s second complete game of the day, this time in a 2-1 win over Young America at Joe Schleper Stadium in Shakopee, sent Sobieski to the championship for the second time in three years and third time in the last five. Collin Erickson’s squeeze bunt put the Skis up in the eighth, and Jendro made it hold up.

Earlier, Jendro went all nine innings in a 5-2 win over Sartell, giving up just three hits and a walk, and striking out 10.

Against Young America, Jendro kept his team in the game, escaping a couple of jams. He allowed one run on five hits and two walks and struck out 10 Cardinals.

Beau Hanowski led off the eighth with a single and moved to second on a sacrifice, later taking third on a wild pitch. Collin Eckman laid down a bunt and Sobieski converted on the squeeze play, with a close play at the plate resulting in a 2-1 Skis lead.

Young America tied the game 1-1 in the sixth on a hit through the right side by Dillon Whittaker to score Roch Whittaker. The Cardinals had two on and one out to start the inning, but Jandro sandwiched strikeouts around Whittaker’s RBI single.

The Skis went up 1-0 after two. Joey Hanowski led off the second with a single, moved to second on a bunt and took third on a wild pitch before scoring on dusty Parker’s single up the middle.

Sobieski faces Plato in the Class C final at 3 p.m. Monday in New Prague. The Skis took second in their last title game appearance in 2016, and won it in 2014.

The bats stayed hot for the Bluejays in their second game of the day as they took down the defending champions.

The Bluejays scored six in the top of the second inning. Chris Odegaard hit a two-run double, Matt Odegaard had an RBI single and Lang clubbed one over the fence in left-center for a 6-0 Plato lead.

Kimball scored in the fourth, fifth and sixth innings. Jordan Joseph had a three-run homer in the fifth for the Express and Austin Ruehle had an RBI single in the sixth that got Kimball back within 9-5.

Ryan Moriarty drove in one for Plato in the eighth, and Lang had an RBI single in the fourth.

Kimball scored its first run in the fourth, a sacrifice fly by Brian Marquardt.

Matt Odegaard and Nolan Lepel had RBI hits in the ninth for Plato.

Lang had three hits and was a triple shy of the cycle to go with a walk. Chris Odegaard had five hits and a walk. Mac Zachow, a draftee from Green Isle, got a three-inning save, while Adam Prehn got the win for his six innings of work. Zach Dingmann took the loss for Kimball.

Plato returns to the Class C championship game for the first time since winning the 2015 title. The Bluejays face the winner of Sobieski and Young America at 3 p.m. Monday in New Prague.

Brice Panning had what should have been the game-winning hit in the 12th inning. Given another chance in the 14th, he delivered again.

Panning’s single to shallow right scored Barret Panning in the bottom of the 14th to give Young America a 4-3 walk-off win over New Market in the Class C state quarterfinals Sunday at Joe Schleper Stadium. It was Panning’s sixth hit and third RBI of the game — his six hits tied a state tournament single-game record.

Barret Panning walked to lead off the 14th against New Market’s Justin Firpo, and moved to second on a walk by Isaac Hormann. Brice Panning hit a popup to shallow right that was off the glove of a diving second baseman, and ended it 4-3.

Panning singled and should have delivered the game-ending hit two innings earlier.

Cole Peters singled to lead off the bottom of the 12th for his first hit of the game, and was bunted to second. Brice Panning hit a line drive to shallow center that fell for a hit, but Peters hopped over home plate in celebration and never touched, and he was called out on what would have been the game-winning play. New Market escaped the inning with a flyout.

New Market put two men on to start the 10th, but the lead runner was picked off and the inning ended on a lineout double play.

Rost came on in relief with two down in the bottom of the fifth, after throwing nine innings Saturday for New Market.  He worked 8 1/3 innings, including the controversial 12th frame.

Young America had two on with two out in the bottom of the eighth with the score 3-3, but Brice Panning was tagged out at the plate trying to score from second on a single by Josh Lenz.

A squeeze bunt by Nick Rost allowed Andy Henkemeyer to score and tie the game 3-3 in the top of the seventh. Young America had gone up 3-2 in the bottom of the sixth on an RBI single by Panning.

New Market never quite got it going against Young America starter Dillon Whittaker, who allowed three runs on five hits over nine innings of work.

Panning gave the Cardinals the lead earlier with an RBI single in the fourth to make it 2-1. New Market tied it back up on an RBI double by Andy Henkemeyer in the sixth.

Isaac Hormann singled and later scored on Matt Mann’s groundout to put Young America up 1-0 after one.

Nate Rost tied the game with a solo home run to lead off the top of the second.

The Cardinals put runners on all game, but didn’t find a hit to spark a big inning. Young America left 18 men on base for the game.

Both teams played in dramatic games the night before, but Sunday morning, Plato earned a relatively stress-free victory over Hutchinson to advance to the Class C state tournament semifinals.

Saturday, Plato walked off Faribault in the bottom of the ninth, a 1-0 game. Hutchinson saw Matt Timm pitch a perfect game against Sleepy Eye. While the Huskies put up plenty of runs in the round of 16, they struggled against Tschida.

Tschida gave up six hits and walked three in his nine innings of one-run ball, striking out nine. The left-hander coaxed plenty of ground balls, and saw his defense turn three double plays behind him.

After struggling to convert at the plate against Faribault the night before, Plato came out hitting right away. Chris Odegaard doubled to lead off the bottom of the first, and Tyler Lang and Dylan McCormick each had RBI singles as the Blue Jays scored three.

An error by the second baseman with two down in the bottom of the fourth kept Plato at bat, and Matt Odegaard responded by hammering a fly ball over the left field fence for a three-run homer and a 6-0 Bluejay lead.

Hutchinson scored its run in the eighth. Jayden Juergensen reached on an error and later scored on a single by Evan Kohli to make it 6-1.