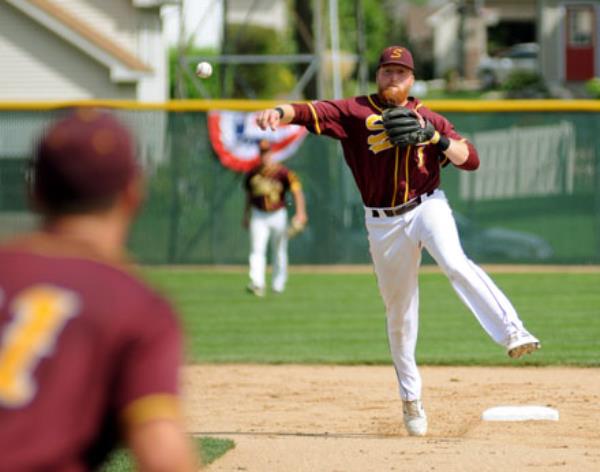 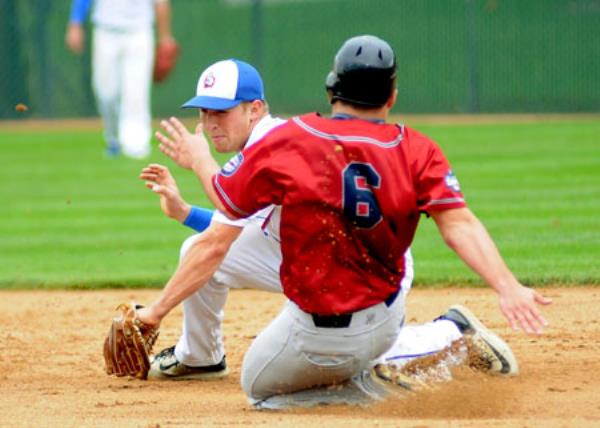 Sobieski has had the luxury of not having to throw ace Tyler Jendro thus far at the Class C state tournament because of the job Jack Hegarty has done but Jendro took the mound to send the Skis through to the semifinals Sunday at New Prague Memorial Park Baseball Stadium in a 5-2 win over Sartell.

Hegarty struck out 15 in a 2-0 win over Jackson and seven in a 5-2 over New London-Spicer Saturday.

Jendro looked as sharp as ever though Sartell grabbed a 2-0 lead before Sobieski got the bats going. Jendro went all nine innings, struck out 10, allowed two runs on three hits and walked one.

Collin Eckman hit a bases-clearing double in the sixth to put the Skis up 3-2 and Sobieski added to it in seventh.

Dusty Parker reached on an error and scored on a Riley Hirsch double. Hirsch later scored on an infield single from Beau Hanowski to push the lead to 5-2.

Eckman finished 3-for-4 with three RBI and Hirsch went 2-for-3 with two runs. Beau Hanowski finished 2-for-4 with an RBI and a run.

Jake Sweeter scored in the second inning on a sacrifice fly from Brian Schellinger to give Sartell a 1-0 lead. The Muskies extended the lead to 2-0 in the top of the sixth when Andrew Deters scored on a double from Tim Burns.

Adam Wenker went 6 ⅓ innings for Sartell in the loss. He gave up four runs, three earned, on seven hits, struck out one and walked none.

Sobieski will move on to face the New Market-Young America winner at 7:30 p.m. in Shakopee.

Ben Johnson came through with an RBI single in the top of the eighth with the bases loaded to score Austin Ruehle, who reached with a one-out single, his third hit of the game. The Express almost had a second run on the play but Scott Marquardt got thrown out at the plate on a nice throw from Matt Tautges from center field.

Scott Marquardt, last year's state tournament hero for the Express knocked in two more runs in the top of the ninth when he hit a bases-loaded single to score Aaron Serbus, running for Kyle Winter and Brooks Marquardt for a 3-0 lead.

Johnson delivered a eight shutout innings and kept Buckman hitless through the first five innings. He finished with eight strikeouts, walked one and hit one.

Johnson, a right-handed pitcher, left the game after trying to field a ground ball in the ninth. Johnson leapt for the ball, fell, and rolled on his left shoulder. Lane Girtz reached base on an error by the second baseman and Johnson threw a warmup pitch before giving way to St. Joseph draftee Alex Kendall.

Kimball hung on to win despite a rally in the bottom of the ninth from the Billgoats. Aaron Weber walked to put two runners on for Buckman and after a pair of strikeouts, Matt Kummet singled to score a run and make it 3-1. Shawn Lanners followed with a single to make it 3-2 but Kendall got a strikeout to end the game, the third of the inning.

Nate Dechaine, a draftee from Nisswa, matched Johnson for much of the game. Dechaine gave up 11 hits, walked 1 and struck out five in 8 2/3 innings.

The Express had chances throughout but couldn’t get a two-out hit. Kyle Winter hit a ball to the warning track in the top of the seventh with runners on first and third with two outs.

Kimball had runners on second and third in the first inning with one out but the Billygoats got out of it with a ground out and a called third strike.

The Express left a runner on third in the fifth after Brian Marquardt hit a leadoff single and took third on a sacrifice bunt when Buckman failed to cover third base on the play.

Kimball also had a runner thrown out at second after they left early on a tag, trying to get to third. The Express left 10 runners on.

Buckman had the bases loaded with two outs in the third but couldn’t find a way to get a run in. Aaron Weber flew out to center field to end the inning.

Kimball will play at 5 p.m. against Plato, a 6-1 winner over Hutchinson.