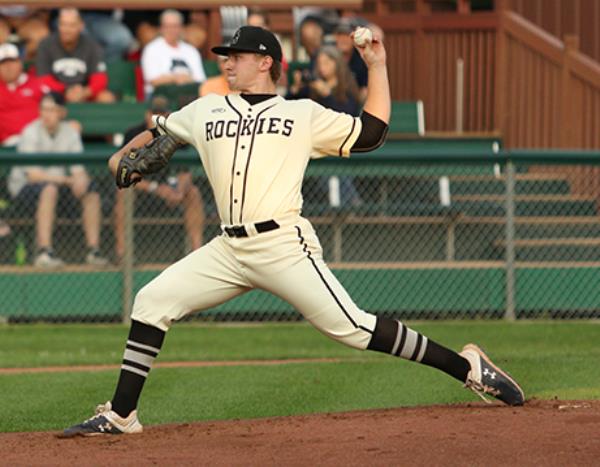 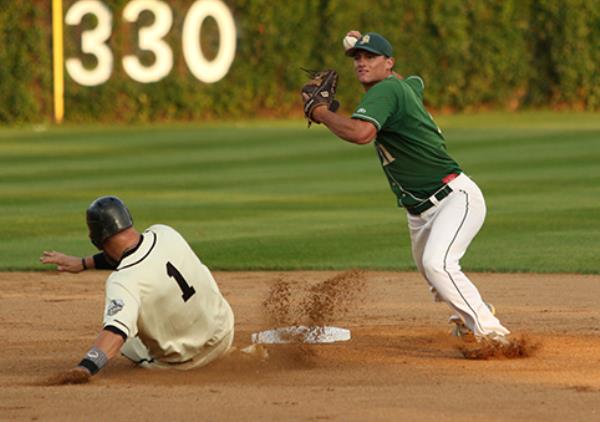 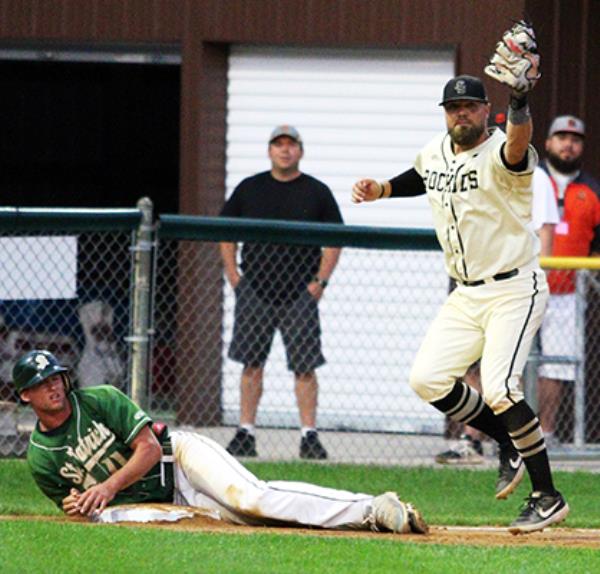 The arm of Ryan Hennen and the bat of Calvin Kalthoff were too much for the St. Patrick Irish, as Hennen earned the complete-game shutout win for the Cold Spring Rockies and Kalthoff batted in three of the team's runs in the 4-0 win Friday night.

Hennen gave up just a pair of hits before settling in to strikeout nine batters in nine innings.

Both offenses looked to get the scoring early, but the defenses won the first battles to keep the game scoreless through four innings.

A wild fourth inning saw both teams nearly give up a series of runs after a pair of odd bounces. Cold Spring got started in the top half of the inning by loading the bases with no outs. Austin Dufner and Calvin Kalthoff both singled, then Nick Skluzacek walked, leading to a meeting on the mound. The huddle paid off for the Irish, as Nick Spitt struck out the next two batters, then Jack Friedges got the final out, though it was not easy. The shortstop got hit with a bad hop and juggled the ball before making the throw from the ground to get the final out.

The Rockies were almost the victim of another odd hop in nearly the same spot at short in the bottom half of the inning. In what could have been a double play, the ball kicked off the dirt to hit the shortstop and give the Irish runners at first and second with no outs. The Cold Spring defense kept its composure however, getting the next three outs, including a thrown out runner at third base to end the scoring threat.

Tired of close calls, the Rockies started getting big hits to drive in runs. In the fifth, a single from Kalthoff drove in a pair of runs, then back-to-back doubles in the seventh had Cold Spring up 4-0, when David Jonas plated the first runner on a double, then Kalthoff's shot to deep left fell to the ground as the fence won the battle over the outfielder.

Kalthoff led the Cold Spring offense with three hits and three RBIs. Jordan Neu was productive in the lead-off spot with two hits and two runs. Jonas, Dufner, Skluzacek, Sam Distel and Austin Mehr each had one hit.