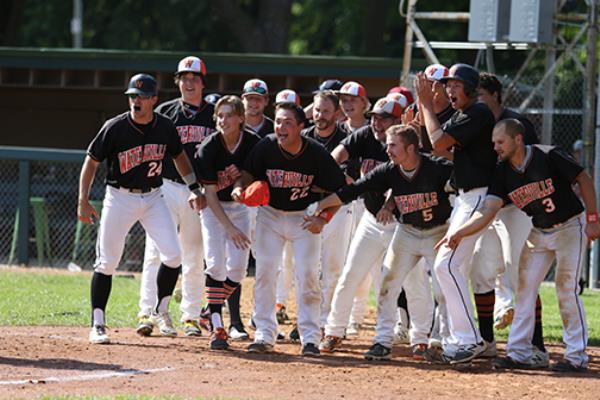 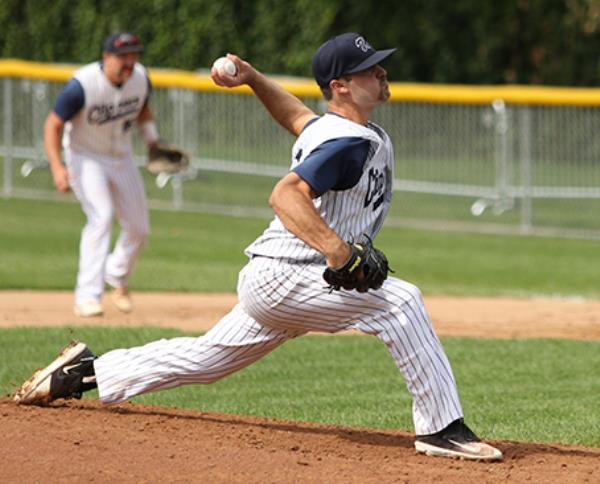 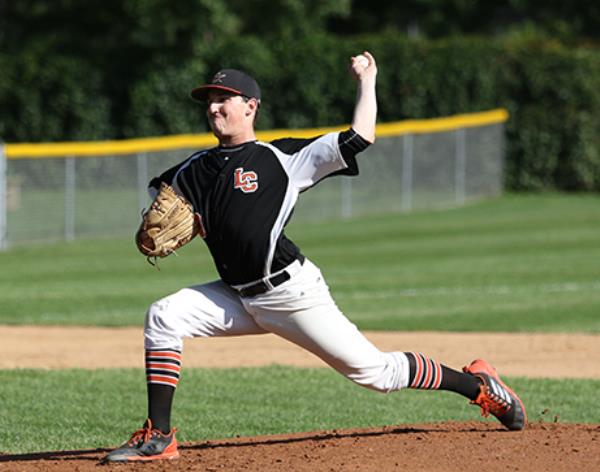 Class C Roundup at Delano: Lake City holds off Fort Ripley in the bottom of the ninth
Posted on Aug 18, 2019

Though the Fort Ripley Rebels refused to go away, the Lake City Serpents held on to win 7-5 thanks to clutch plays. The Serpents built their lead early on hits with two outs, then ended the Rebels' season with a pair of late strikeouts when the bases were loaded in the ninth.

Lake City built an early 5-0 lead, starting in the first when Austin Baab belted the ball out of the park to score Brett Gwaltney. A walk and an error put two runners on in the second, then Gwaltney plated a runner on a single to move the score to 3-0. In the third, Jacob Fletcher hit another two-out home run for the Serpents. For the third time in four innings, the Serpents scored with two outs when Logan Thomas put them up 5-0 with an RBI single.

The Rebels finally got going in the bottom of the fourth when Brett Kramer got on base in the leadoff spot, then stole second. Though Rhett Williamson's deep shot to right fell just shy of the wall, it gave Kramer enough time to move to third, which would lead to the Rebels first run of the game thanks to an RBI single from Jason Sather.

And while the Rebels settled in, they could not quite cut into the Serpents lead. Fort Ripley knocked in a pair of runners on a two-run home run from Nick Jelacie, but those scores were sandwiched by a two runs from Lake City the inning before and after to keep the Serpents' lead at four.

Lake City continued to threaten late, getting the tying run on second base in the ninth after an RBI single from Jelacie and a bases-loaded walk. But Tyler Zelma entered the game to pitch in relief, getting a pair of strikeouts and a pop fly to end the game and send the Serpents on to the next round with a 7-5 win.

Baab led the Serpents with three RBIs while Jelacie had three for the Rebels.

In a low scoring battle, any play can win the game. For just a moment, it looked like Waterville would be on the wrong side of the game-winning play.

With the game knotted at 1-1 through seven innings, St. Benedict looked like they had the game-winner when Jonathan Huss raced home and was called safe on a close play at the plate. In the low-scoring affair, it looked as if a 2-1 lead going into the ninth might be enough.

The Indians of Waterville refused to let the play get them down, with Luke Sellner getting aboard in the leadoff spot with a single. Then Riley Schultz sent the Waterville crowd to its feet with a thundering shot to deep left field. The dugout emptied as Schultz rounded the bases, greeted at the plate as a hometown hero who kept his team's season alive.

While Sellner was a part of the game-winning play, his efforts on the other side of the ball kept the Indians in the game. Pitching six innings in relief, Sellner allowed only two hits and one run while giving up only one walk.

Walks were a problem early for the Indians. While the four walks in the first two innings did not lead to any runs, a trio of walks in the third gave the Saints their first run. Jeremy Heitkamp and Tanner Oaks both walked for St. Benedict, then an error loaded the bases, leading to a run crossing the plate on a walk to Andrew Huss. Coming into the game with the bases loaded and no outs, pitcher Luke Sellner helped get the Indians out of a jam, forcing a double play and a fly out to end the inning without any further damage done.

After falling behind 1-0, Waterville started to settle in and got a pair of hits in the third inning, before a trio of hits in the fourth. With two outs in the bottom of the fourth, Nolan Grose belted the ball past the right field fence for a solo home run. But while the next two batters both singled to keep the inning alive, a laser throw from Carter Hodapp had the runner sliding into third tagged out to end the inning with both sides even at 1-1.

Sellner and Schultz had two hits each for the Indians, while Dalton Grose, Tom Gannon, Nolan Grose and Shane Sellner each had one.

Nick Heitkamp, Andrew Huss and Carter Johnson each had one hit for St. Benedict.

Facing his first batter of the game, Watkins pitcher Matt Geislinger gave up a single. That was the last hit he would give up in a 2-0 win over the Stark Longhorns Saturday morning.

The lefty fanned batter after batter in a 19-strikeout performance to send the Clippers on to an Aug. 25 meeting with Morris in Delano at 11 a.m.

Most of the action took place in the first inning, as Watkins' only runners crossed the plate in the first inning before Stark's only hit in the bottom half of the inning. An early Longhorn error was all that was needed to give the Clippers a quick lead and enough runs to win. Kevin Kramer sent the first pitch of the game past the infield to give Watkins a runner on first. An error then allowed the next batter a base and put runners on the corners. A steal of second base by Lincoln Haugen gave the two Watkins runners an easy trot home when Brenden Ashton blasted the ball deep for a two-RBI double that proved to be the game winner.

Ashton and Kramer led the Clippers in hits with two each, while Haugen, Dan Berg and Carter Block each had one.

Stark's Zach Haala was all that stood between Geislinger and a no-hitter, picking up the only hit for the Longhorns.