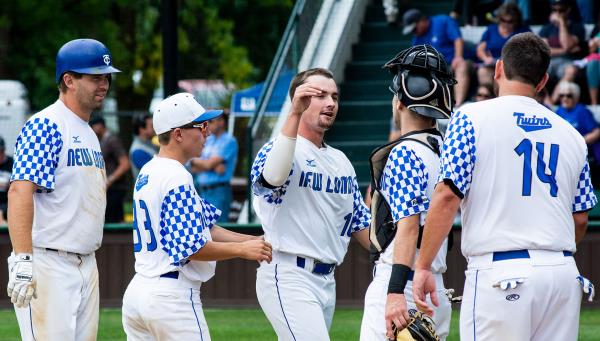 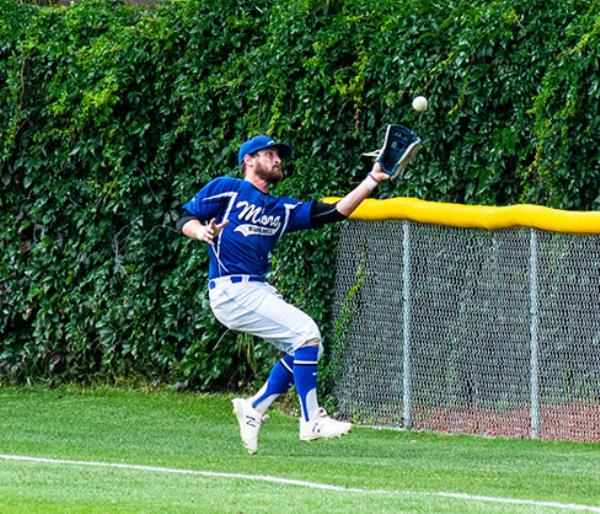 The run continues for the Twins.

New London-Spicer stymied Mora’s offense in a 4-2 win Sunday at Delano Municipal Baseball Park in the Class C State Tournament. The Twins got some early runs and held the Blue Devils off the board until the ninth inning.

Mora was down 4-0 entering the bottom of the ninth, but put the first two runners on and scored two on a Troy Jones single down the third base line. Milroy Yankees draftee Nathan Deutz was able to get a groundout and strikeout to end the game.

New London-Spicer scored in three straight innings, from the second through fourth to go up 4-0.

Ben Kulset had an RBI single in the second to make it 1-0 Twins, and a throwing error by the catcher on a stolen base attempt allowed another run to score and make it 2-0 after two.

Wyatt White added an RBI single in the third and Austen Hadley drove in Kulset in the fourth for a 4-0 New London-Spicer lead.

Adam Nibauer pitched six shutout innings for the Twins before being replaced by Patrick Courtney, who threw two scoreless frames.

A three-run eighth helped the Watkins Clippers win a pitcher’s duel in a 3-1 victory over the Morris Eagles Sunday at Delano Municipal Baseball Park in Class C State Tournament play.

Brenden Ashton drove in a pair of runs in the eighth with a double to put Watkins up 2-1, and pitcher Matt Geislinger helped his cause with an RBI of his own for a 3-1 lead.

Geislinger finished off a complete game, allowing one run on three hits, walking one and striking out 11.

Jacob Torgerson took the loss for Morris, giving up three runs on seven hits and two walks, with six strikeouts. Mac Beyer had two of the Eagles’ hits and drove in their lone run in the sixth.