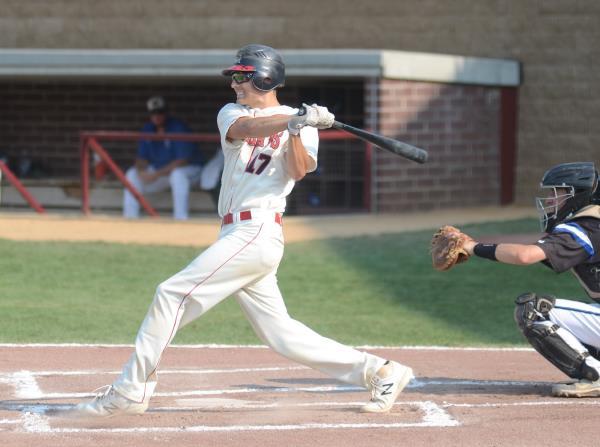 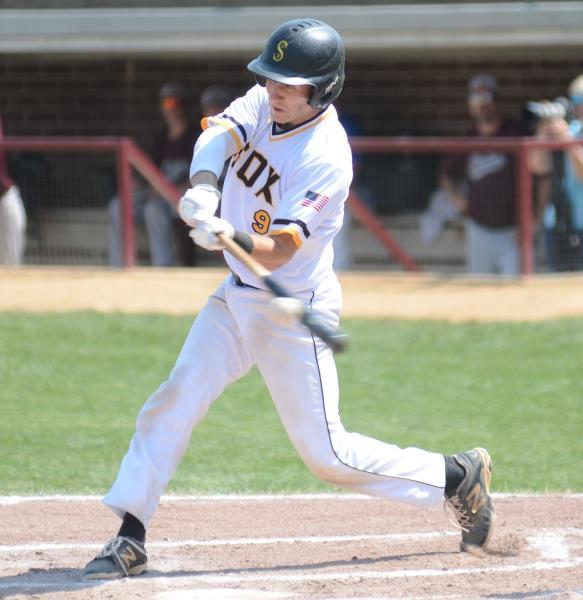 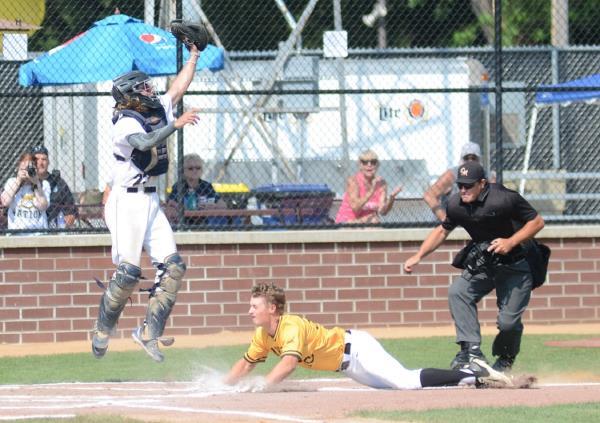 No lead is safe in Springfield.

Foley erased a six-run deficit to Hanska in Friday’s opening game of the weekend. Prior Lake did two better in the weekend’s last game.

The Prior Lake Mudcats scored 11 runs in the top of the seventh inning to wipe out an eight-run deficit in a stunning 13-10 win over the New Ulm Brewers.

It was a nip and tuck game early as Prior Lake drew first blood in the top of the first. New Ulm got the run right back in the first inning and used small ball to tack on single runs in the second and third.

Prior Lake inched back with a run in the fourth and New Ulm added one in the fifth.

Then the theatrics began.

New Ulm appeared to put the game out of reach in the sixth. With the bases loaded and one out, a potential double play on the ground resulted in a throwing error and two runs.

Four more came around to put the Brewers up 10-2.

Things went awry when he exited after giving up a leadoff single in the seventh.

The Mudcats brought 16 batters to the plate and the Brewers used four pitchers in the frame.

The Brewers threatened with runners on first and second with no outs in their home half, only to come up scoreless.

All was quiet in the eighth,

The Mudcats threatened with two on base in the ninth before Mark Schommer, a draftee from the Searles Grizzlies, closed the door. Schommer walked four in 2 ⅓ innings of relief but allowed no runs.

New Ulm had runners on first and third to bring the tying run to the plate in the ninth. Wattermann in his fourth inning of relief got a a strikeout looking to earn the win.

The Brewers were led at the plate by two hits from Judd Davis, Wade French and Cole Ranweiler. Ranweiler led with three RBI.

It didn’t take much for Carver’s bats to heat up on a steamy summer Sunday.

The Carver Black Sox scored in four of the first five innings, including five in the third, to cruise to a 14-2 win in seven innings over the Clinton Cards.

The Cards didn’t get to enjoy their first trip to state since 2006 for long as the Sox jumped out with two runs in the first inning on an error and Cole Kirchoff single.

The lead built to 7-0 in the top of the third. Kyle Dalton’s triple began a hit parade that featured a Jay Bresnahan RBI double.

Clinton fought back with two in the bottom half on a RBI double by Lukas Adelman. That was all Carver pitcher Andrew Weber would allow.

Carver added two more runs in the fourth, three in the fifth and two in the seventh. Bresnahan doubled off the wall in the seventh and was driven in an at-bat later on a homer to left by Dan Gastuch.

Bresnahan led with a 4-for-5 day with a pair of RBI and four runs scored. Kyle Dalton and Kirchoff added three hits.

The Black Sox, who are playing in their fourth straight state tournament, advance to face the Delano Athletics 2 p.m. Aug. 29 in Milroy.

The regulars showed the debutants what it takes to win at the state tournament.

The Maple Lake Lakers scored early and often en route to a 15-2 win in seven innings over the Alexandria Black Sox.

The Lakers were Class C state champions in 2012. They've made the tournament six times since andi each of the previous four years. The Black Sox, established in 2014, made their first appearance.

Maple Lake didn't give Alexandria room to breathe with a four-run first inning. Another run in the second and a lengthy seven-run third frame put the game out of reach quickly.

Nick Preisinger earned the win on the mound, allowing two earned runs on six hits with a walk and two strikeouts.

Alexandria made six errors and Maple Lake one.

The Lakers advance to face the Bemidji Blue Ox 5 p.m. Aug. 30 in Springfield. Six Black Sox had one hit each.