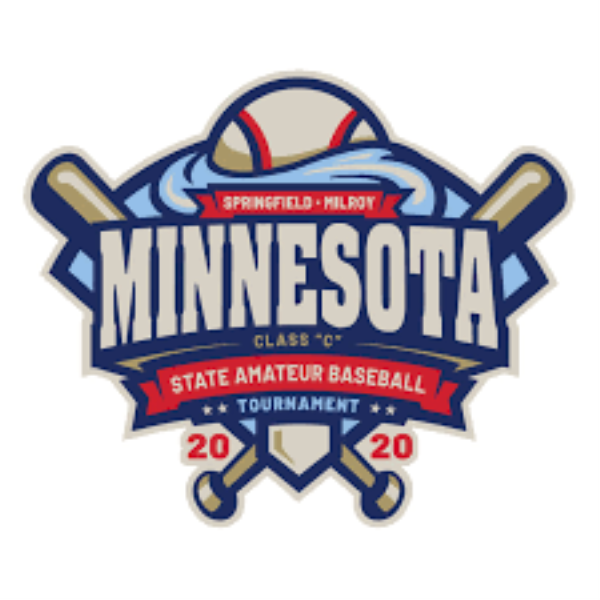 The Dilworth Raildogs acquitted themselves well in their first trip to the state tournament. They beat the St. Clair Cyclones 5-3 last weekend and were within striking distance until the latter innings Saturday.

A tournament regular in the Bird Island Bullfrogs saved its best at-bats for last to pull away for a 10-0 win.

Dilworth starting pitcher Bryce Venaas did well getting out of jams until his last of six innings. His final stat line ended at nine hits, five runs (four earned), no walks and four strikeouts.

That kept the score close early on, but the Bullfrogs' depth won out. All nine starters finished with at least one hit. Logan Swann had a big night from the No. 7 slot, going 4-for-4 with four RBI and a run scored. Leadoff man James Woelfel added two hits (one double), a run and RBI. Colten Minkel's two hits made up the other multi-hit game. He also had a double.

Errors against the leadoff hitter can prove costly. Dilworth allowed the first batter in the sixth to get on, and the Bullfrogs went on to plate three in the frame. Adding three more in the seventh and two in the eighth.

Bird Island advances to the round of 16 3 p.m. Sept. 5 in Springfield. It will face Sunday morning’s winner between the Watkins Clippers and Fergus Falls Hurricanes.

The Prior Lake Mudcats have had a flair for the dramatic thus far in the state tournament.

After coming back from a eight-run deficit last weekend, they outlasted the Kimball Express 2-1 in 12 innings.

Prior Lake went 11 innings between each run. It drew first blood in the top of the first when Corbin Cross singled and an outfield error brought in Cole Bjorge.

That was all Prior Lake’s Ben Morrison gave up in a gutsy effort. He threw 160 pitches over 10 innings, allowing nine hits, one unearned run, three walks and striking out nine.

It was all for a no-decision as Alex Wattermann got the win. He was also tough for the Express to handle, allowing one hit, no walks and striking out five.

Wattermann helped his cause in the 12th with a one-out double, the game's only extra-base hit. A Jake Lehrer single with two down scored Wattermann for the decisive run.

Joe Pennertz singled with two outs to keep hopes alive for Kimball, but Wattermann struck out his third batter of the inning to seal the deal.

Jake Lehrer had two of Prior Lake's five hits. Pennertz, Cade Marquardt and Brooks Marquardt each had two of Kimball's 10 hits.

The Mudcats advance to the round of 16 to take on the Bemidji Blue Ox 3 p.m. Sept. 5 in Milroy.

After cruising through round one via the 10-run mercy rule, the Carver Black Sox needed a spark to get by the Delano Athletics.

That came in the form of a three-run sixth inning in a 4-2 win in game two Saturday in Milroy.

Carver first got on the board with a bases loaded walk in the third by Sam Warner.

A Tanner Kroels single evened the score 1-1 for the Athletics in the fifth.

The Black Sox ended what was an otherwise stellar day for draftee pitcher from the Litchfield Blues, Owen Boerema.

The three-run inning contained a RBI double by David Dolan. Two more runs charged to Boerema were brought in against reliever from the Dassel-Cokato Saints, Jordan Flick. Cole Kirchoff hit a RBI single and Bailey Melz drove in a run on a sacrifice fly.

Flick tossed zeroes in the seventh, eighth and ninth to keep the A's in it.

They would claw back with a run in the eighth on a RBI walk by Toby Hanson.

Delano brought the tying run to the plate in the ninth before Jacob Booden closed the door. Booden threw 2 1/3 innings of relief, allowing three walks, one hit and no runs with four strikeouts.

Starter Andrew Weber got the win. His effort lasted 6 2/3 innings while giving up five hits, one earned run out of two, two walks and striking out six.

Carver advances to the round of 16 to face the St. Patrick Irish noon Sept. 5 in Milroy.

The Bluffton Braves wasted little time asserting themselves Saturday morning.
All 11 runs in a 11-0 victory in seven innings over the Randall Cubs came in the first five frames.
The backbreaker for the Cubs was a six-run second inning. Bluffton had just one extra-base hit in the game, but finished with 11 singles. Four of them drove in runs in the second.
Jake Dykhoff went all seven innings for the Braves. He allowed two hits, a walk, a hit batsman and 13 strikeouts.
Randall threw five pitchers. Starter Caleb Strack took the loss in 1 1/3 innings, allowing a hit, four runs (three earned), three walks and striking out two.
Josh Dykhoff and Wyatt Haman led Bluffton with three hits each. Haman had a double.
Bluffton advances to face the Sartell Muskies 6 p.m. Sept. 5 in Milroy.
Fairmont 2, Waconia 1

Fairmont never trailed but was never comfortable until the final out.

The Fairmont Martins hung on for a 2-1 win over the Waconia Lakers Friday night in Milroy.

The Martins leaned on draftee from the Windom Pirates, Collin Lovell. He pitched nine innings of six-hit ball (all singles) with an earned run, three walks and six strikeouts.

Jon Traetow drove in Derek Shoen for both of Fairmont’s runs, including a go-ahead score in the bottom of the eighth. Shoen also had two hits and each had a double.

Fairmont advances to the round of 16 for the second straight year. The Martins will face the 5 p.m. Sunday winner from Milroy between the Lake Henry Lakers and Jordan Brewers.