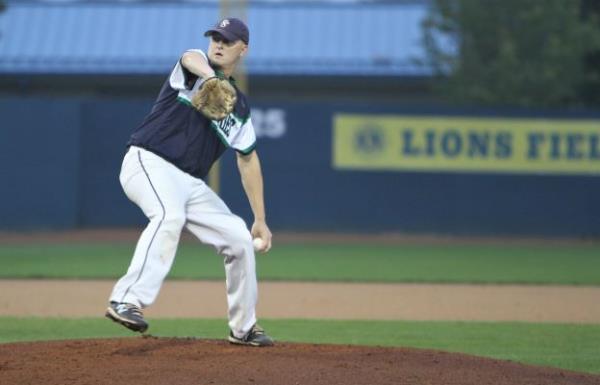 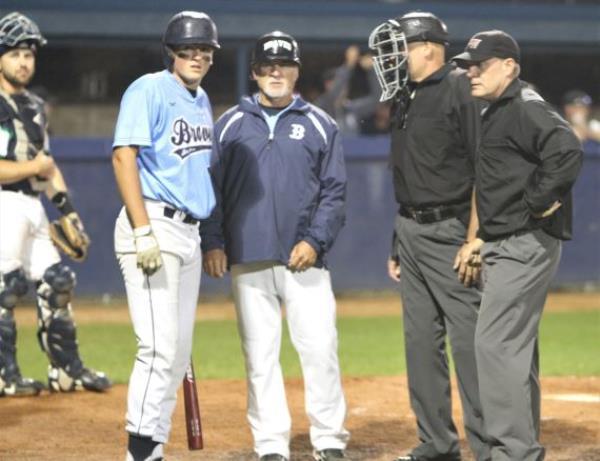 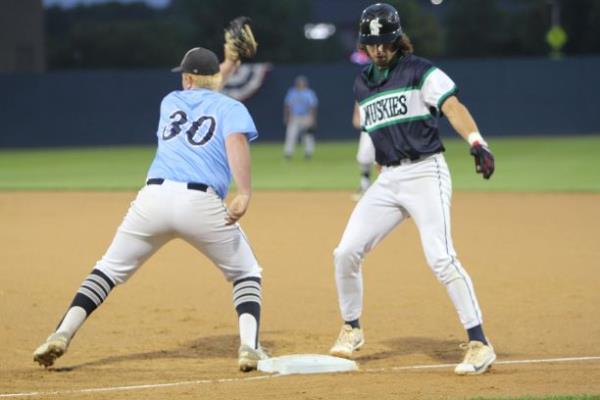 Friday Class C roundup in Waconia: Sartell moves on with win over Bluffton
Posted on Sep 04, 2021

Veteran lefty pitcher David Deminsky did it again, winning his third 2021 Class C state tournament game in an 11-1 Friday evening victory for the Sartell Muskies over the Bluffton Braves in Waconia.

The Muskies scored in the first without a benefit of hit. Andrew Deters led off with a walk and advanced to second on a passed ball. Ethan Carlson laid down a sacrifice bunt to move Deters to third, who then scored on a sacrifice fly to center field by Jace Otto.

Riley Arndt led the third inning off with a double. It would be the only hit out of the Bluffton infield. But the Muskies took advantage of small ball and the Braves' defense struggled on the slick, damp infield grass. Adam Schellinger laid down a bunt that eluded Bluffton pitcher Jake Dykhoff that was ruled an error. Andrew Deters followed with a hard ground ball that tipped off pitcher Dykhoff's glove and bounced just out of reach of the Bluffton shortstop for and RBI single. And another Carlson bunt, this time for a single, loaded the bases.

After Otto then reached first on a fielder's choice while another Braves error brought in Schellinger from third base, Cody Partch was hit by a pitch that was disputed by the Braves bench, claiming Partch leaned into the pitch. After loud complaints from the Bluffton bench, the Braves were warned by the home plate umpire. And a Jake Sweeter fielder's choice brought in the fourth run of the wild inning.

As the Braves came to bat, tempers continued to flare in the Bluffton dugout and it eventually resulted in the ejection of Jake Dykhoff, who was done on the mound after three innings and putting on the catcher's gear.

Sartell put single runs on the scoreboard in the fourth, fifth and sixth innings to increase the Muskies lead to 8-1.

Bluffton got on the board in the bottom of the fifth. With two outs, Peyton Rondesvedt singled for only the second hit off Deminsky. Kevin Turnberg walked and Rondesvedt scored from second on a Sartell infield throwing error. But Deminsky got a third out by strikes to leave two Braves runners at second and third.

Sartell adde two runs in the eighth, one more in the ninth. Both teams had five errors in the game.

Deminsky struck out 13 in his seven innings, giving up just three hits. David Kroger tossed a scoreless eighth inning, while Grant Mackenthun finished up with a scoreless ninth, with the Braves leaving the bases loaded.

Deters was a pest on the bases for Sartell all night. The Muskies leadoff hitter scored five runs, went 2-for-5 with an RBI. Otto finished with a 2-for-4 night and two RBI. Partch added three RBI.

Sartell moves on to a noon Sunday game in Waconia against the 11 a.m. Saturday winner of the Sobieski Skis and Dumont Saints.