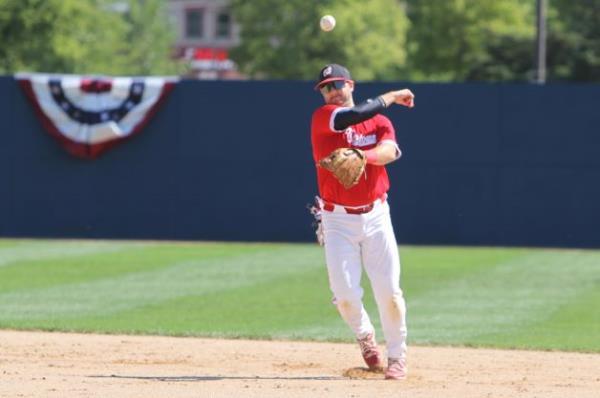 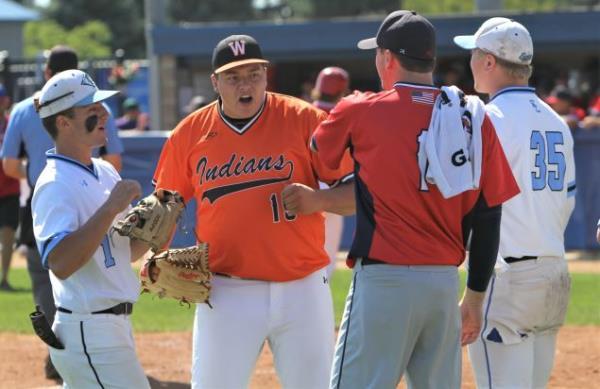 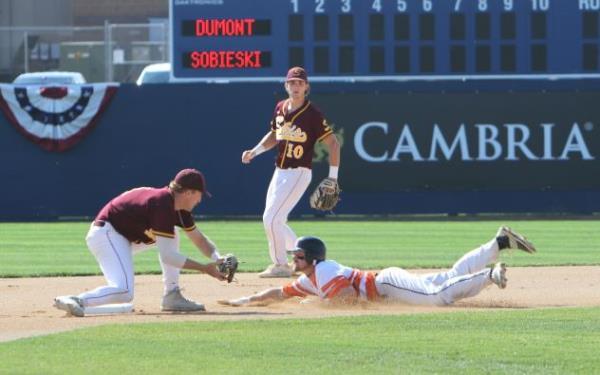 Eagle Lake's magic ran out in the eighth inning of its Saturday game in Waconia as the Watertown Red Devils scored four runs for a 4-3 comeback win in Class C state tournament action.

The Expos led 3-0 going into the bottom of the eighth before the Watertown bats came alive. And Matt Butler tossed four innings of scoreless relief of starting pitcher Zach Iten for the win. Butler struck out 10 and allowed just one hit.

Eagle Lake starter Dalton Grose (Waterville) went five innings for the Expos, allowing just two hits and striking out seven. But four walks and four Eagle Lake errors in the game put runners on base nearly every inning. Grose left with the 3-0 lead and handed the ball off to fellow draftee TJ Nowak (Minnesota Lake).

Eagle Lake scored single runs in the third, fourth and fifth innings for the early leads. Matt Werk, Jake Schrieber and Luke Johnson came through with RBIs. And Nowak seemed to have things in hand as well. Until the eighth.

Andrew Nichols got things going for Watertown with a one-out single, followed by another single from Butler. Jadien Keavy then loaded the bases on the Expos' fourth error of the game, a chopper to first baseman Jake Schrieber. Patrick Tschida's third hit of the game brought in Nichols for the Red Devils' first run.

But it was Ben Smith's bases-clearing double to the fence in right field that gave Watertown its 4-3 advantage. Smith was tossed out trying to stretch his big hit into a triple.

It didn't matter as Butler cruised through a 1-2-3 inning in the ninth for the win.

Eagle Lake, which started its Region 6C playoff run as a No. 12 seed, opened state action with a big 2-1 win over Cannon Falls and veteran lefty pitcher Keith Meyers, then followed it up with a 3-0 win over Luverne. It looked like three straight until that critical four-run scoring burst in the eighth by the Red Devils.

Watertown moves on to a 1:30 p.m. game Sunday in Chaska and awaits the Saturday evening winner between the New Ulm Brewers and Milroy Yankees.

Strack tossed a two-hitter while striking out 11 and walking three. He needed just 103 pitches in the win.

The victory moves the Skis into Sunday's quarterfinals against the Sartell Muskies in a noon game in Waconia. Sartell topped Bluffton 11-1 Friday night.

Josh Wenzel started a two-run second inning for the Skis with a one-out double. And with two outs, Jake Kapphahn followed with another run-scoring double. Riley Hirsch's hard grounder to Dumont shortstop James Paul bounced high over his shoulder to plate the second Sobieski run.

The Skis scored a single run in the sixth. Joey Hanowski led off with a walk. With pinch runner Dan Marod now at first, Ben Hanowski laid down a successful sacrifice bunt but Marod was tossed out at third trying for an extra base. But the Saints couldn't get out of the inning.

Wenzel reached when hit by a Jordon Roos pitch and stole second. He scored on a Dusty Parker RBI single for the 3-0 lead.

It was another single run in the seventh inning for the Skis. Mason Lampe replaced Roos on the mound for Dumont and Beau Hanowski greeted him with a one-out single then stole second. Scott Litchy's double plated the fourth Sobieski run.

The Skis scored a fifth run without a hit in the eighth inning. Sobieski's defense played errorless ball in the game.

Kapphahn paced the Sobieski offense going 2-for-4 with an RBI and also reached on an error in the eighth inning. That play scored Wennzel from second, his third run of the game. He also went 1-for-2 at the plate, reaching base on a double, hit by pitch and base on balls.

Roos and catcher Paul Zach had the two Dumont hits.