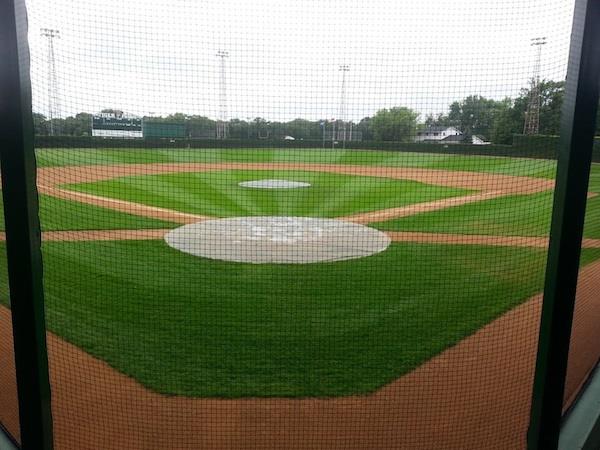 We’re just three days away. The 2014 Class C state tournament is finally here and 48 teams are ready to make a run.

We’ve done Class C rankings all season long and the final rankings were posted Aug. 1. But we got the committee back together for one last look at how the teams are shaping up for the Fall Classic.

In this last edition of Class C “rankings,” we split the 48-team bracket into four groups. The 12 teams on the top of the bracket – Blue Earth down to Belle Plaine – are Group 1, Bemidji to Cannon Falls is Group 2, Dumont to Delano is Group 3, and Long Prairie to Fairmont is Group 4.

Within those four groups, we have four characteristics paired with the teams of our opinion.

• UNDER THE RADAR: 1 or 2 teams that haven't received a lot of attention statewide, but could make a run

• UPSET ALERT: Region champ with the toughest possible matchup in its first game

• GUT FEELING: 1 team that could make it to the semifinals that may not be a blue chip, or there’s just that gut feeling about anything

Here is the full bracket.

• UNDER THE RADAR: Fort Ripley is the team that has been under radar and will make a good run in the tournament.

• UPSET ALERT: The Sartell Muskies will have a tough matchup against the winner of Detroit Lakes/Belle Plaine.

• GUT FEELING: Fort Ripley – The Rebels are in arguably one of the better leagues in the state.

• UNDER THE RADAR: Nisswa is another Victory League team that may shock people in this tournament.

• UPSET ALERT: Waseca will have its first game against the winner of Nisswa/Cannon Falls.

• GUT FEELING: Jordan is a team that can come out on top in this group.

• BLUE CHIP: St. Peter is my blue chip after coming out on top in its region.

• UNDER THE RADAR: Faribault shocked me to come out on top in Region 3 and I think it could make a run.

• UPSET ALERT: Dumont will face either Green Isle or Lamberton and will have the toughest second round game in this group.

• GUT FEELING: Owatonna always has a solid team and may contend for the semifinal spot in this group.

• BLUE CHIP: No doubt the blue chip is on Maple Lake.

• UNDER THE RADAR: Kimball could make some noise in this group.

• UPSET ALERT: The winner of Hampton and Fairmont could be poised to take out St. Martin early.

• GUT FEELING: Sobieski will have to get through Maple Lake in the next round, but no doubt it will be an exciting game. Winner of that game I believe will make it to the semifinals.

• BLUE CHIPS: Sartell Muskies and Winsted Wildcats – Sartell is the defending state champ and Winsted just seems to find ways to get themselves to the final four (Tony Kley may have a lot to do with that?).

• UNDER THE RADAR: Blue Earth Pirates – Perennial State Tourney team with two championships under their belts. Not a flashy regular season but always tough at this time of the year.

• GUT FEELING: Winsted Wildcats – As stated above they find ways to get to the final four (3 times in the past 6 years). Their offense is potent and they added veteran pitching through the draft, that combined with Tony Kley is a recipe for success.

• BLUE CHIPS: Jordan Brewers, Waconia Lakers and Waseca - This group of 12 looks to be the toughest of all, with all three of these teams playing well, which one is the hottest will determine who comes out on top.

• UNDER THE RADAR: Nisswa Lightening and Jackson Bulls – Nisswa had a very strong league record in the Victory as well as non-league.  Jackson had a 23-game winning streak that went virtually unnoticed!

• UPSET ALERT: Bemidji – They will face the winner of Jordan/Luxemburg, I feel it will be Jordan and despite coming in as a 2 seed from their region they only have 2 losses all season to “C” teams.  Not to mention they are a co-host of the tourney as well.

• GUT FEELING: Waseca – I think they have something to prove after getting bounced in the second round last year and they have just too much talent. But I wouldn’t be surprised if Jordan or Waconia pulls the upset.

• BLUE CHIPS: Green Isle Irish and Lastrup Lakers - GI despite a 9 error opening game in the Region tourney found a way to win, their lineup is potent and they have the pitching. Lastrup has gotten hot at the right time earning the top seed out of the Victory League and Region 8.

• UNDER THE RADAR: Owatonna Aces – been playing second fiddle to Waseca all season, I look for them to win the first round and give Lastrup a struggle in the second round.

• GUT FEELING: Lastrup Lakers – They may be on my upset alert but I think they get by the second round opponent by the skin of their teeth, and I think they play well enough to get by GI into the final 4.

• BLUE CHIPS: Maple Lake Lakers and Plato Blue Jays – Maple Lake has been the #1 ranked team for the second half of the season, Plato 10-runned their opponents to get into the state tourney then faltered after qualifying, they have the offense to tear it up and the added pitching will make them a tough out.

• UNDER THE RADAR: Long Prairie – Haven’t lost in their past 7 games, a young group of guys just playing and having fun. Potential third round match up will be very telling of how far they have come (Maple Lake).

• UPSET ALERT: Fergus Falls Hurricanes – I think they will be matched up against Plato and I say good luck with that line up.

• GUT FEELING: Plato Blue Jays – I know I am not straying too far from my own league, but after watching them play the first weekend of the Region, that offense is flat out scary. Yes they have to get past the top ranked Maple Lake team but they have enough pitching now to make that offense even better.

Overall comments: “I included ‘EARLY DREAM MATCH UP’ instead of ‘UPSET ALERT.’ I think the Region champs have a slight disadvantage having a week off while their potential opponents play tourney games. I think the final eight will consist mostly of teams with the best aces. I'm looking forward to an exciting tournament.”

• UNDER THE RADAR: Blue Earth – A lot of tourney experience.

• GUT FEELING: I could see Winsted riding Tony Kley for a while (giggity).

• UNDER THE RADAR: Cannon Falls – Keith Meyers is always tough.

• GUT FEELING: I think this is arguably the toughest section of the bracket.

• UNDER THE RADAR: Luverne – I think they can make a run.

• UNDER THE RADAR: Fairmont – Good team from a tough region.

• GUT FEELING: Fergus Falls is a wild card to me.

• UNDER THE RADAR: Blue Earth Pirates – Good enough pitching to get them through. New Ulm Brewers – Walked through regions.

• UPSET ALERT: St. Augusta Gussies – Tough draw with a couple of great pitchers in game one.

• BLUE CHIPS: Waconia Lakers – Tournament ready for a good run. Nisswa Lightning – Pounded the ball all over the park in regions.

• UNDER THE RADAR: Jackson Bulls – No one really talked about them all year and only lost a couple games. Cannon Falls Bears – Tough first round match up but can make a run with a win.

• GUT FEELING: Jordan Brewers – This team has the guys who have been down this road before.

• UNDER THE RADAR: St. Peter Saints – Don’t sleep on them as they are playing really well right now. Luverne Redbirds – Made a deep run last year.

• BLUE CHIPS: Maple Lake Lakers – We all know they have been the team to beat all year. Hampton Cardinals – Played a very tough schedule in preparation for this tournament.

• UNDER THE RADAR: Mora Blue Devils – Break out year and ready to make a push. Fairmont Martins – Staple this time of the year in the State Tournament.

• BLUE CHIPS: Sartell and Spring Hill – Both have been ranked in the top 5 of Class C all season long and this is where it’s time to prove it. Can Sartell make a run at a repeat championship season and can Spring Hill rebound from its region championship loss?

• UNDER THE RADAR: Belle Plaine – It may seem odd that I list the Tigers as “under the radar” since they were last year’s Class C runner up, but this year they took the third seed out of Region 6 and didn’t have the greatest regular season (11-13). But Belle Plaine has made state appearances five straight years and seven of the last eight. And with Ryan Diers on the mound BP is tough to beat.

• UPSET ALERT: New Ulm – The Brewers get the winner of Loretto and St. Benedict who both had great region games to get to state.

GUT FEELING: Blue Earth – If the Pirates can win their first game against tough teams in either Spring Hill or Fort Ripley, I think they have a shot at reaching the semis.

• BLUE CHIPS: Waconia and Jordan – Waconia won a tough Region 7 tournament and Jordan is coming off a semifinalists finish at last year’s state tournament. Oh, and I think the Brewers will be a tough out on their home field as they get to play host.

• UNDER THE RADAR: Cannon Falls – The Bears are the third seed out of Region 4, but they took third place at state in 2009. They are experienced and know how to win games at state.

• UPSET ALERT: Waseca – The Braves blew through Region 5, but they have to face either Nisswa or Cannon Falls. Nisswa won games against ranked opponents all season and nearly took the Region 8 title from Lastrup. And you already know about Cannon Falls.

• GUT FEELING: Jordan – These guys are veterans and experienced at the Fall Classic. And playing at home will just fuel the fire.

• BLUE CHIPS: Green Isle and Lastrup – Green Isle has been a top 5 ranked team for most of the season and Lastrup is one of the toughest teams to score runs against with Chad Weiss on the mound.

• UNDER THE RADAR: Faribault – It’s hard to put a region champ in this category, but unless you live directly south of the metro, you probably didn’t hear much about Faribault until they went through Region 3 undefeated.

• UPSET ALERT: Dumont – The Saints get either Green Isle or Lamberton, both tough draws.

• GUT FEELING: St. Peter – I hate to pick my own team for anything, but not having a gut feeling for St. Peter wouldn’t show a lot of confidence – and that’s what the Saints have picked up with consecutive shutout wins over Belle Plaine and Jordan for the Region 6 title.

• BLUE CHIPS: Maple Lake and Fairmont – Both teams were in the 2012 Class C championship, which Maple Lake won. Maple Lake has been the consensus No. 1 ranked team since early June and Fairmont has won a lot of games at state in recent years.

• UNDER THE RADAR: Mora – In the shadow of Sartell as the Region 1 runner up, but has won 25 games this year.

• UPSET ALERT: Long Prairie – The Region 14 champs get either Mora or New Market. The Muskies had a great regular season and ran into two tough matchups in Region 3 against Faribault and St. Benedict.

• GUT FEELING: Maple Lake – Just too good of an all around team to not make a run. Would be a big upset if they didn’t win at least two games. First game against winner of Sobieski and Hanska won’t be a walk in the park, though.